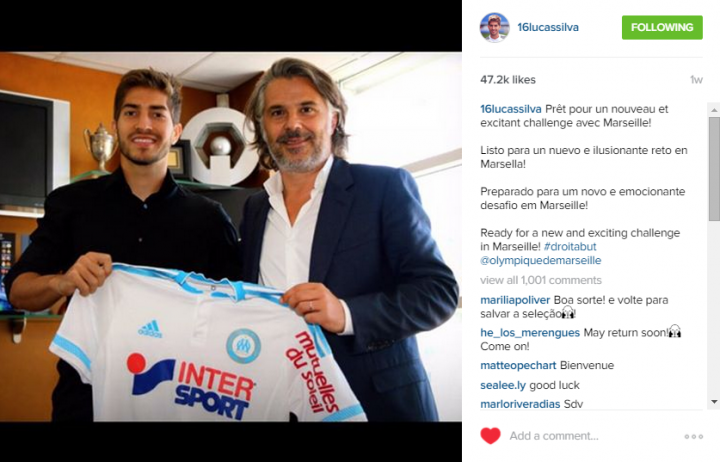 Lucas Silva joined Real Madrid in January 2015 with a long term contract. He is seen in the club as a player for the future and someone who will be important in the years to come. What Lucas needs now is to fully adapt to European football and to have the chance to play regularly in a competitive league. That’s why he has packed his bags and moved to France, where he will play for Olympique de Marseille for the next 10 months. A fantastic opportunity for the player to keep growing and to prove his value in a competitive league and also playing European competition (Europa League).

Both the player and his new club announced the deal via their official social media accounts. Lucas posted it on Facebook, Twitter and Instagram, where he recently reached an impressive 1m followers. 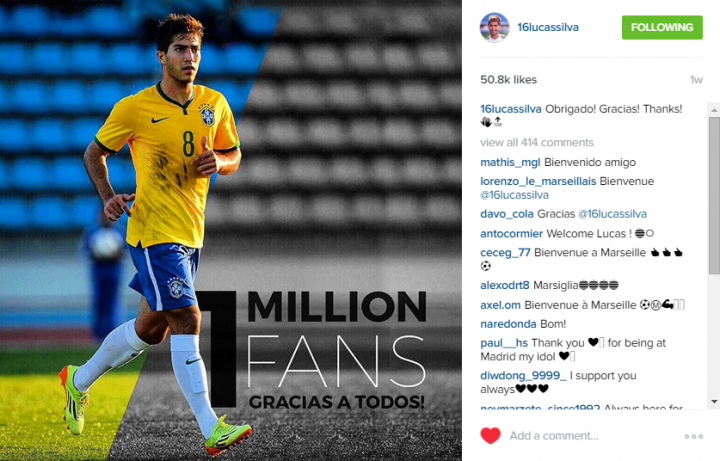