Football players are a highly appreciated asset in their home countries and Luis Suárez is not an exception. Unlike some of his team mates like Messi or Neymar Jr, Luis Suárez doesn’t have a huge portfolio of partners. However, the Uruguayan player has had a regional partner back in his home country for a while and that is Abitab.

Abitab and Luis Suárez have been working together since the player’s Liverpool times and now are taking advantage of his popularity to gain visibility and raise awareness. The brand is using Luis on their website and on different activation campaigns, including a funny TVC which, under the slogan “Making your life easier”, simulates how would be if the player was working for the company. 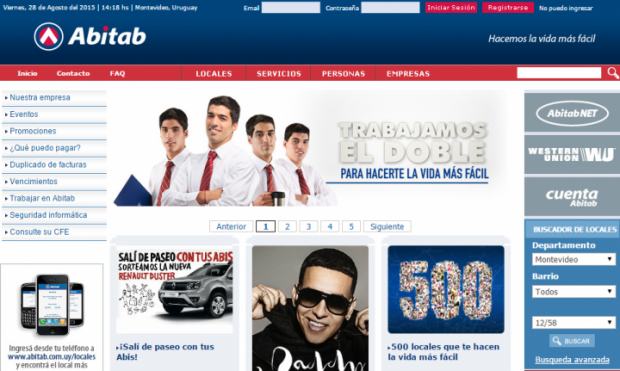 The player also took the opportunity to promote the new campaign on his Twitter account, as it’s common practice nowadays.