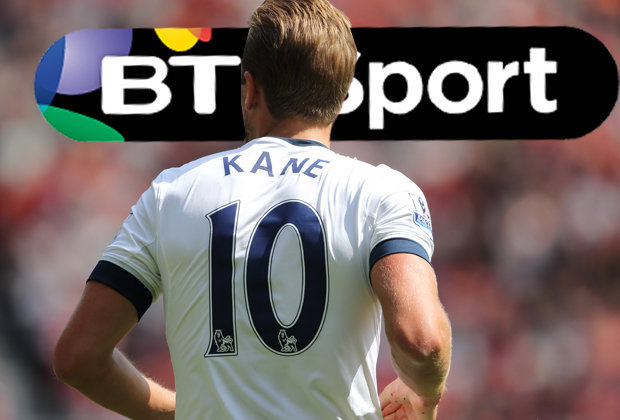 England and Tottenham Hotspur soccer player Harry Kane has been named as a brand ambassador by BT Sport and joins the likes of Real Madrid and Wales star Gareth Bale, former England and Manchester United defender Rio Ferdinand, Chelsea manager Jose Mourinho or Manchester City and England #1 Joe Hart. He will feature in TV adverts for the new BT Sport channels and appear as a guest on football shows.

Kane said: “Last season was an incredible one for me and I am hoping to build on that this season for both Spurs and England. I am delighted to become a BT Ambassador and honoured to join the likes of Gareth Bale in the line-up.

BT Sport is going to be showing an incredible programme of games this year, including 38 games in the Barclays Premier League and all the live European football. I hope Spurs can make it even better by going a long way in the Uefa Europa League.”

Simon Green, the head of BT Sport, added: “Harry’s emergence from Spurs youngster to one of the most prolific and feared strikers in the Barclays Premier League was one of the great stories of last season. We are naturally thrilled to be working with Harry and to be associated with his amazing breakthrough. The Spurs fans relate to him as one of their own and we believe he will be an excellent ambassador for BT and that viewers will like his grounded and humble character.” 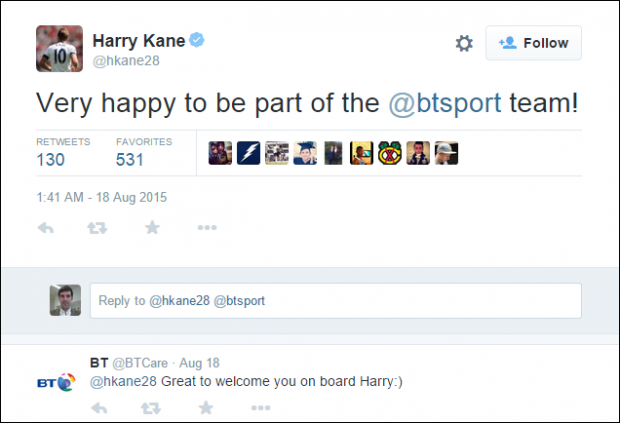 The player toook the opportunity to share the news with his Twitter followers (a must these days) and BT Sport used it to engage with the player for the first time.