As part of the endorsement deal, Matic has given his input into the design process for Top Eleven‘s new animated live match feature. “The player movement during the live match feature mirrors how the professionals play and is very realistic,” said Matic. “It was a pleasure and a unique experience to help improve Top Eleven, one of the biggest sports games in the world.”

Jose Mourinho, global ambassador of the game, signed off on the following quote about the new feature within the game: “The new animated live match feature is a great example of how technology can be used to study player movement and to test different tactics before they are implemented in real life. It’s a must try for all aspiring managers and football fans who want to test their football knowledge against the best in the world.” 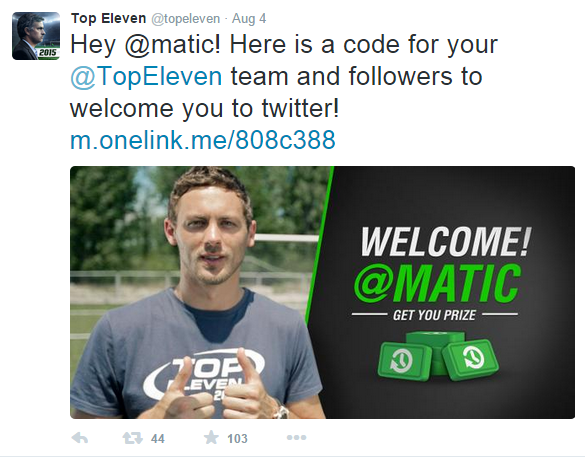 Jose Mourinho remains as the face of the game but Matic is actively supporting and promoting the game through events and other activities on Social Media. He has already participated in different campaigns for the popular video game, including an extensive Twitter Q&A with fans that can be seen below these lines.