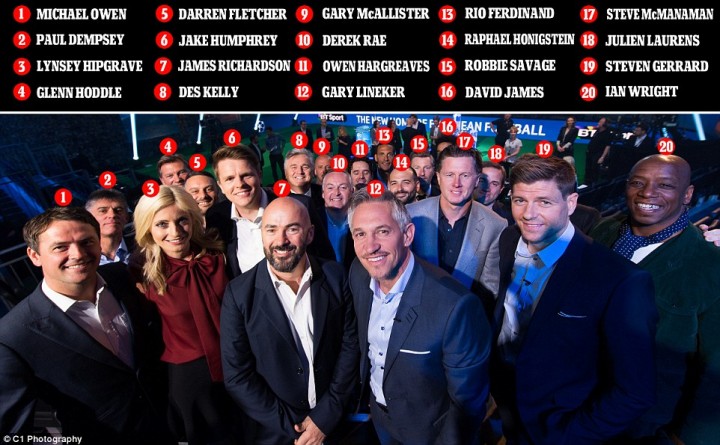 BT Sport is making a big effort and investing time and resources to make the broadcasting of next season’s Champions League a huge success. While BT Sport is heavily promoting the upcoming season, we have also seen new additions to their roaster of ambassadors and pundits.

Rio Ferdinand, the former United and England defender, has been unveiled as a lead analyst for the channel. Former Liverpool captain Steven Gerrard, who is set to move to LA Galaxy, was unveiled as a pundit for the broadcaster.

Former Tottenham and West Ham manager Harry Redknapp, Glenn Hoddle, the former England boss, and retired referee Howard Webb have also joined the brodcaster. Gary Lineker has been unveiled as a presenter for the channel alongside current host Jake Humphrey.

John Petter, chief executive of BT Consumer, said: “When we launched BT Sport we promised to make televised football far more accessible and affordable than it has been to date. We have opened the market to millions of new customers and we want to build on that as BT Sport becomes the undisputed home of European football.”

And who better to reveal the new home of European football than Jose Mourinho.

BT Sport is heavily promoting next season and using some of the bigger names in football to do it. In the most recent campaign we can see the likes of Philipp Lahm, David Luiz, Gareth Bale or Robin Van Persie acting as ambassadors for BT Sport. The campaign is being captured and published in different media and the brand is making a great effort to activate it successfully. 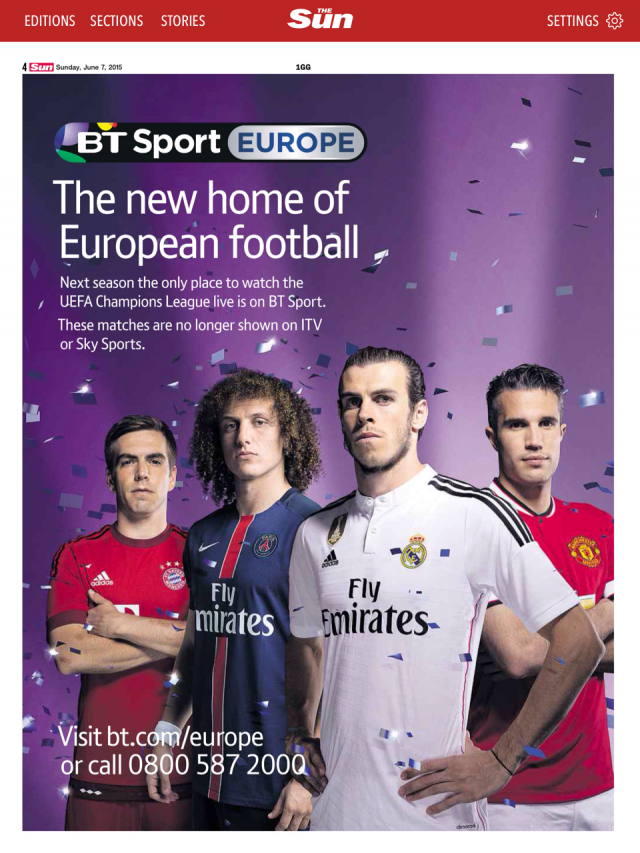