Unscriptd was born to create engaging sport stories and with Cristiano Ronaldo the brand has created an engaging one indeed. Unscriptd recently launched its video platform, where they collect and share stories, and it’s recruiting players to promote the platform and to reach a wide audience of sport fans. 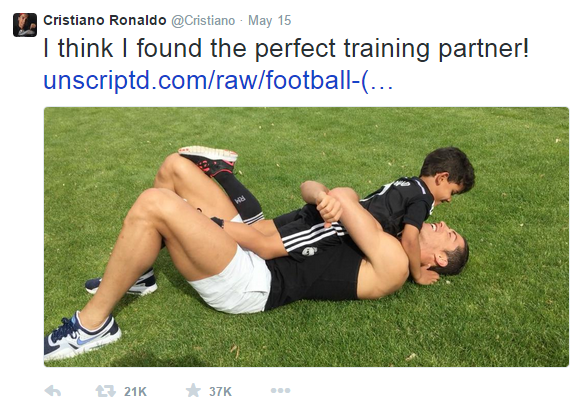 With Cristiano Ronaldo they have achieved it. The Portuguese star recently posted a picture with his son on Twitter and included a link to Unscript, where a video of the player working out with his son could be watched.

Cristiano‘s tweet has reached almost 60k engagements (RT or Favourites), becoming his most popular tweet since February. Quite a success considering that Cristiano‘s average tweet gets around 20k engagements.