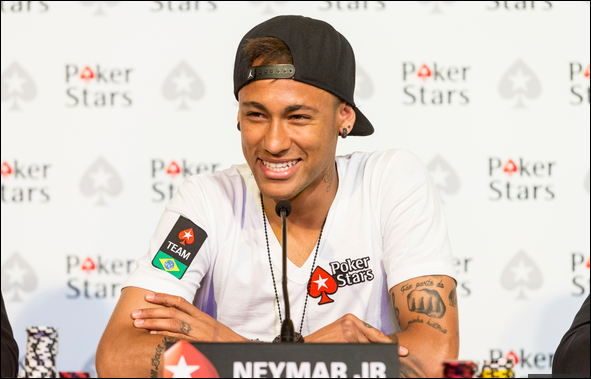 After weeks of speculation and rumours about it, Brazilian star Neymar Jr. was finally announced as a brand ambassador for PokerStars at the beginning of May, and Cristiano Ronaldo followed a few weeks later.

Neymar‘s love for poker has paid off and the FC Barcelona forward will take part in live and online events staged by the gaming company, joining the likes of his retired compatriot Ronaldo and tennis great Rafael Nadal in promoting the brand. The partnership has just been announced but the brand is already taking advantage of Neymar‘s huge following on social media to gain visibility. 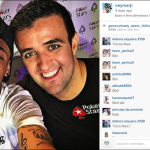 But not only PokerStars gained visibility on social media, the brand also got some nice exposure when the launch event was published on different media. You can see below a good example, a double pager published by Spanish Sport, with a nice picture of Neymar Jr. in front of a branded backdrop. 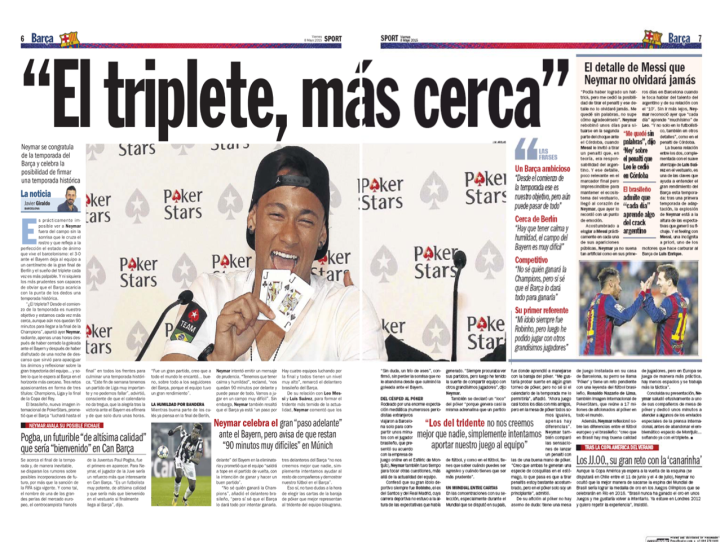 Neymar, who is said to be an avid poker player, will be on hand to take part in a series of celebrity duels at the opening event of this year’s PokerStars European Poker Tour, which takes place in Barcelona this August.

“Neymar Jr is one of the brightest stars in the sporting world and PokerStars is proud to be associated with him,” said Michael Hazel, the interim chief executive of PokerStars.

“Together we will grow the popularity of poker and show new audiences the competitive, fun, and strategic game of poker.”

Financial details of the operation haven’t been released but PokerStars’ signing of the 23-year-old comes after Swedish star Zlatan Ibrahimovic was said to have snubbed the company earlier this year. Reports circulated last month claiming that the enigmatic PSG striker turned down between €3 million and €4 million to endorse the company. 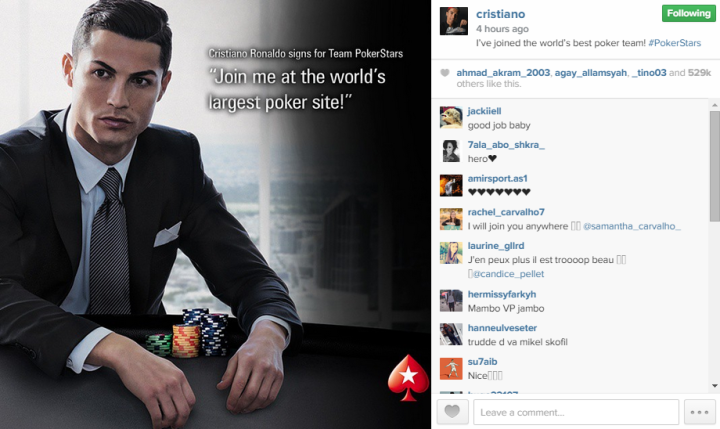 The Portuguese will promote the game and the brand in global marketing campaigns whilst making special appearances at live events and in online poker tournaments.

An event scheduled for later this year will offer fans the chance to meet and challenge the Real Madrid striker to a game of poker.

Amaya Inc, the company that operates PokerStars, said in a statement that Ronaldo’s signing is part of its ‘investment in attracting mainstream consumers to poker.’

“Ronaldo is part of a new generation of global superstar athletes that work hard, play smart and encourage their fans to share in their lives. We’re proud that Ronaldo – and fellow elite player Neymar Jr – have chosen to make PokerStars a partner in their journey and to share their love of the game of poker with their legions of fans.” said Amaya’s chief executive.