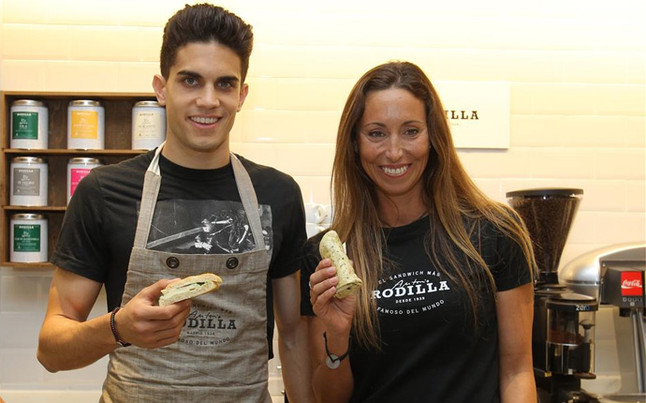 FC Barcelona’s Marc Bartra took one of the mornings off granted by Luis Enrique last month to inaugurate next to Gemma Mengual a new “Rodilla” restaurant in Barcelona. The chain, owned by Damm, with whom Marc Bartra collaborates regularly, is a leader in the food and catering industry and has landed in Catalonia with one restaurant in Via Laietana and another one in the mall “La Maquinista”.

“Rodilla” announced in its release that the revenue from the sales during the opening day would go to two NGOs selected by Bartra and Mengual. FC Barcelona’s defender chose UNICEF and Mengual wanted the money to be used for the fight against childhood cancer.

“Rodilla” is owned by Damm Group, and we have seen Marc Bartra attending events and conceding interviews for the brand in a number of occasions. He signed autographs and answered questions about FC Barcelona and his plans for the future in front of all the media that attended the event. It was covered and later published by several media such as SPORT or Marca, giving great exposure to the brand.

As it’s common practice nowadays, the player also used his social media accounts to promote the event and to give visibility to the brand.

The event was largely covered and it gave some extra exposure to the restaurant when Bartra‘s words were later published on different media, such as SPORT. 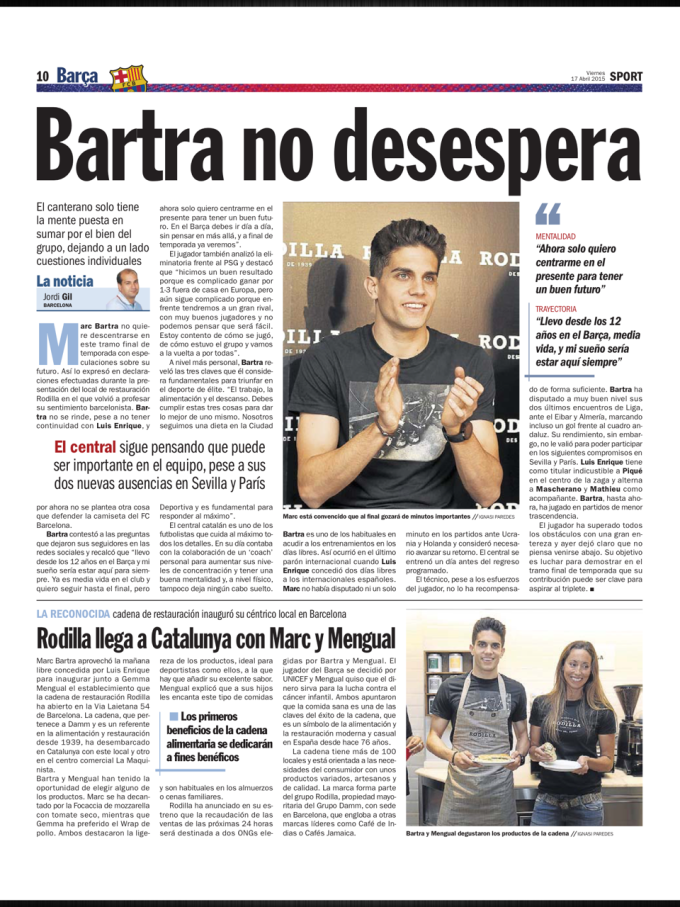