Portuguese star Cristiano Ronaldo recently became the biggest celebrity on Facebook when he surpassed the 107m likes mark and overtook Shakira, #1 until then, and brands like Nike or Sacoor Brothers use it on their favor. He also has an impressive legion of followers on Twitter and Instagram and he uses his social media accounts to communicate with his fans and to give visibility to his sponsors and partners.

Below these lines we can see two different examples that show how a player can give visibility to a brand in an engaging and original way (Nike) or being very obvious and advertising the products as if the advert was taken from a magazine (Sacoor Brothers). The difference in terms of engagement is also huge, having one gotten almost twice as many RTs and Favourites as the other, in the same period.

Nike – he pranked his team mate Ricardo Quaresma and covered his car with foil. 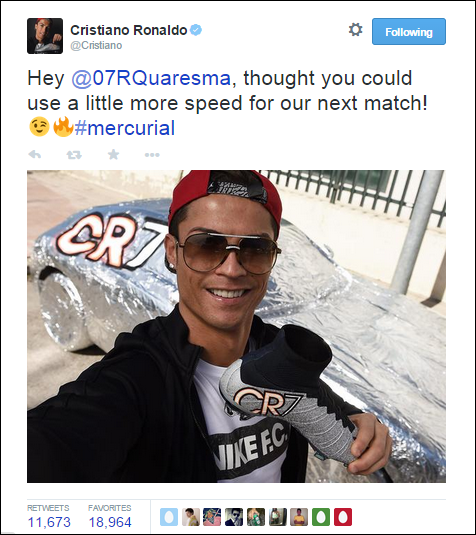 Sacoor Brothers – he promoted the brand’s products on a traditional and obvious way. 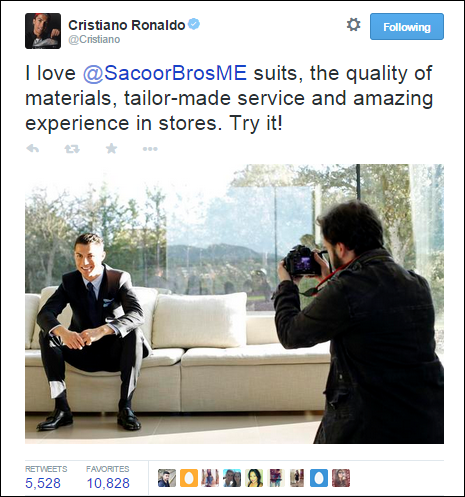