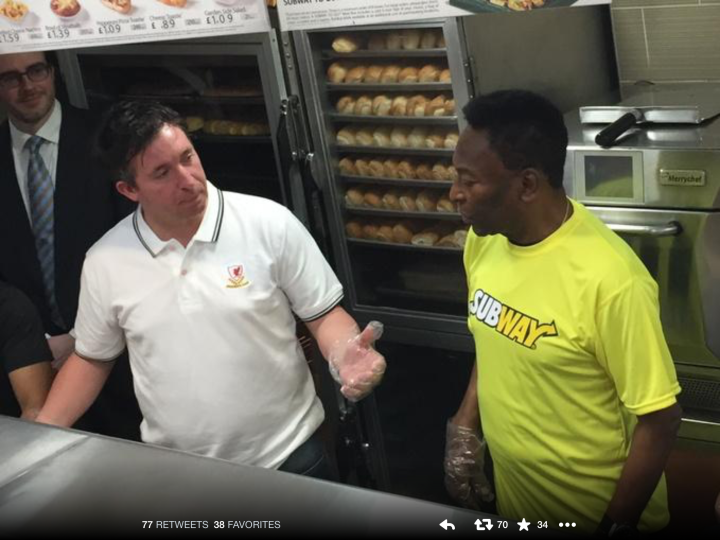 SUBWAY is the Official Training Food Partner of Liverpool FC and also one of Brazilian Pelé’s partners. The Global Ambassador and football legend Pelé, was invited to go to Anfield to watch the clash against Manchester United and he had time to visit, along with Liverpool legends Robbie Fowler and Steve McManaman, one of the stores that the brand has in London.

SUBWAY organized a full day event with the brand’s Global Ambassador, that started in one of the stores in London and later moved to Anfield, where he also had the chance to meet Liverpool’s fellow Brazilians Lucas Leiva and Coutinho. The brand took advantage of being an Official Partner of the club and were granted access to the premises of the club and had permission to record it and turn it into a great activation campaign.