Just like David Villa did a few weeks ago (here), Brazilian Dani Alves recently took part in a musical video and showed that he is not afraid to sing in front of a camera. It’s not rare seeing Dani Alves singing on social media, alone or with friends. In this occasion the FC Barcelona player was collaborating with his former team mate and goalkeeper José Manuel Pinto, now in the music business under the name of “Wahin”.

Dani Alves happily took part in this song, which is the 3rd single of the charity project #VeAPorTusSueños by José Manuel Pinto. On top of that, the player helped him raise awareness for the project and promoted it on his Twitter. 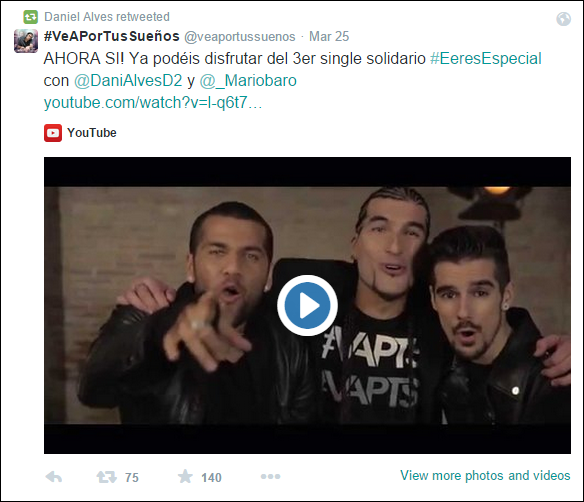