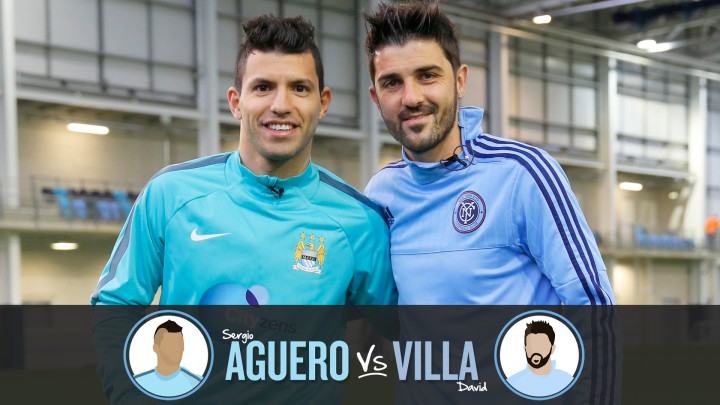 David Villa was in Manchester with his team, New York City FC, getting ready for the upcoming MLS season and he took the opportunity to have a good time with Sergio Agüero. New York City’s David Villa took on Manchester City’s Kun Agüero in a series of football challenges at the City Football Academy. A great initiative that saw how both players took a blindfolded penaly shoot-out, a crossbar challenge and a corner challenge. All three videos combined have surpassed 1m Youtube views, proving that it was an entertaining and interesting way of promoting both the players and the clubs.