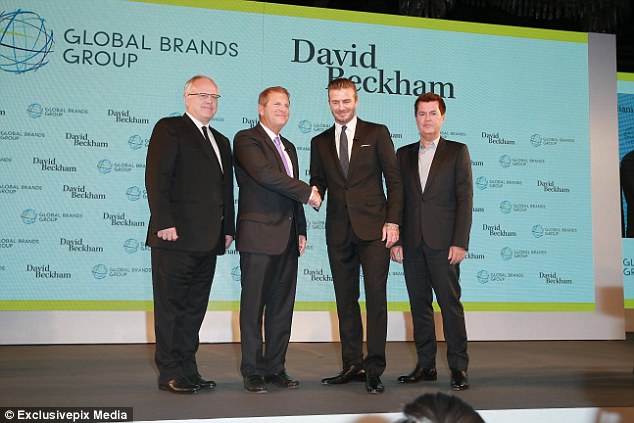 The partnership is an equal partnership – Global Brands Group holds one half while Beckham and manager Simon Fuller hold the other – and is expected to see the release of a range of new Beckham-branded consumer products across Asia, Europe and the US.

According to the Financial Times, Beckham, Fuller and GBG chief executive Bruce Rockowitz are hoping to sign up other celebrities over the course of the next six months – although none would be drawn into naming names.

Listed on the Hong-Kong Stock Exchange, GBG is a Li & Fung-owned brand licensing company that focuses on clothing, footwear and home products. Its client portfolio has included the likes of Hello Kitty, Disney characters and pop star Jennifer Lopez.

As one of the world’s most recognisable sportsmen, Beckham is no stranger to using his personal brand to sell products. Last year he agreed a deal with drinks giant Diageo to promote its Haig Club scotch brand, while he has been the face of multiple brands over the years including Adidas, Pepsi, H&M and Police.

Beckham, who attended a press conference in Hong Kong at the end of the year to announce the venture, said that “Throughout my career I’ve had quite a few sponsorship deals but this takes it to a different level for me. I’ve gone from being in a sponsorship deal to being an owner.”

Beckham and his wife Victoria already own their own licensing company, Beckham Brands, but his new GBG venture would oversee a much more comprehensive portfolio than that entity, according to Fuller.