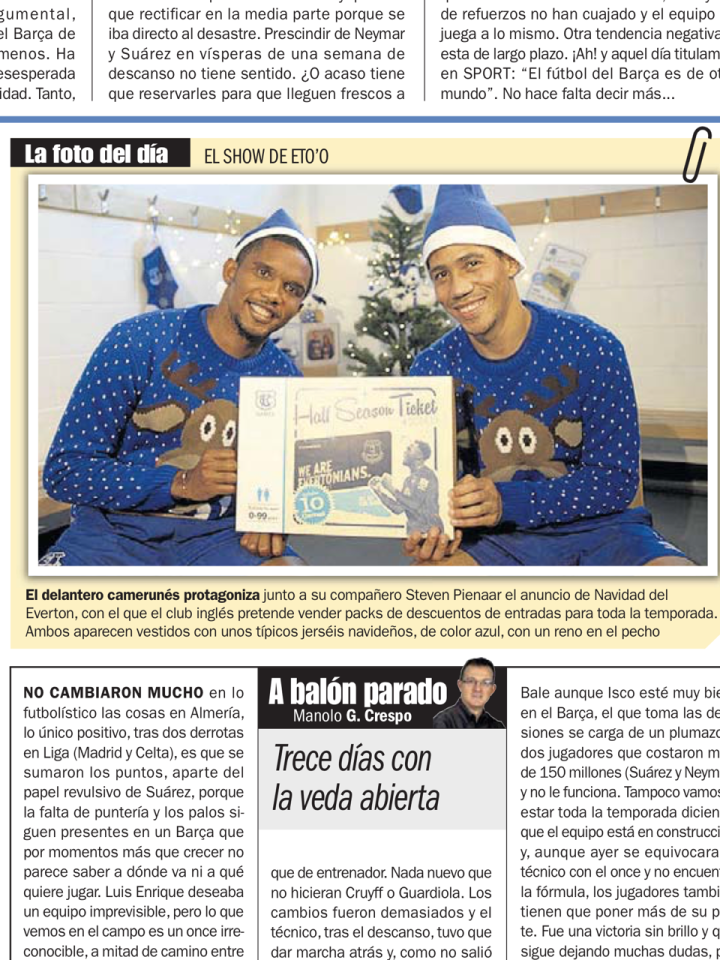 Everton FC is another of the clubs that use their players to get to their fans during Christmas. In November we could see Samuel Eto’o and Steven Pienaar giving ideas to fans and advising on what was the best gift for this Christmas, while giving some visibility to the club on the media, as seen on the example above.

Now that the holidays are getting closer, we can see Romelu Lukaku, Tim Howard or Leighton Baines telling some Christmas jokes to enter the Holidays with a smile. Will they be as good at telling jokes as they are at playing football…?