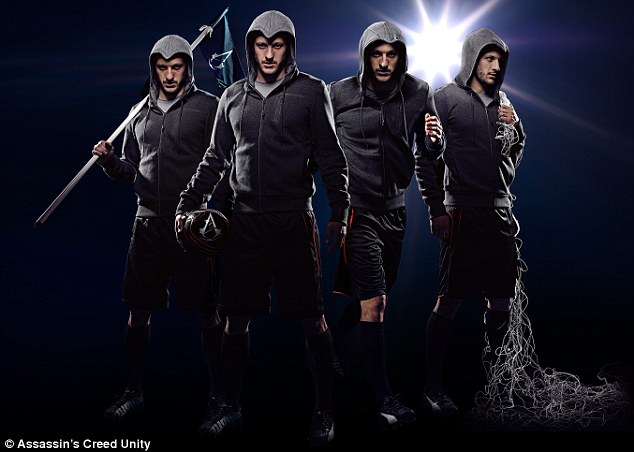 England and Liverpool FC midfielder Adam Lallana unleashed his inner assassin at a revolutionary photo-shoot to celebrate the launch of Assassin’s Creed Unity, ahead of England’s important European Championship Qualifying match against Slovenia.

The skilful midfielder has been chosen by Ubisoft to be the new face of Assassin’s Creed Unity for the promotion of the game in the UK. Lallana was styled as French Assassin, Arno Dorian, the hero of the newly released historical  action-adventure  video game from Ubisoft. Using the popular photo-shoot + branded interviews format, the player delivered some nice media exposure to Ubisoft and an interesting piece of video was produced during the session, which has attracted even more attention than the interviews themselves, reaching 330k Youtube views in 4 days.