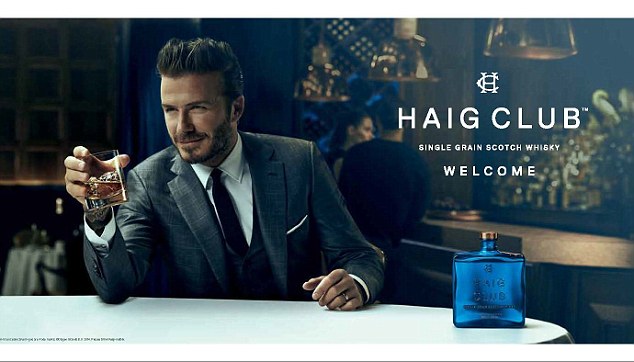 Diageo announced a few months ago that they would work with David Beckham as the brand’s ambassador. Later on, it was announced that he would launch his own single grain Scotch named Haig Club. A few weeks ago the newest campaign by Diageo, featuring David Beckham and his Haig Club Scotch was unveiled. It’s been an intensive campaign that included printed ads in magazines and bus stops, billboards and a short film in a collaboration with director Guy Ritchie, where we can follow David Beckham and friend as they journey to the Scottish Highlands.

Despite being retired, David Beckham still maintains his charisma and appeal and it’s a preferred choice for brands to promote their products, showing that England’s legend was not only a great player in the pitch but also the best off it.