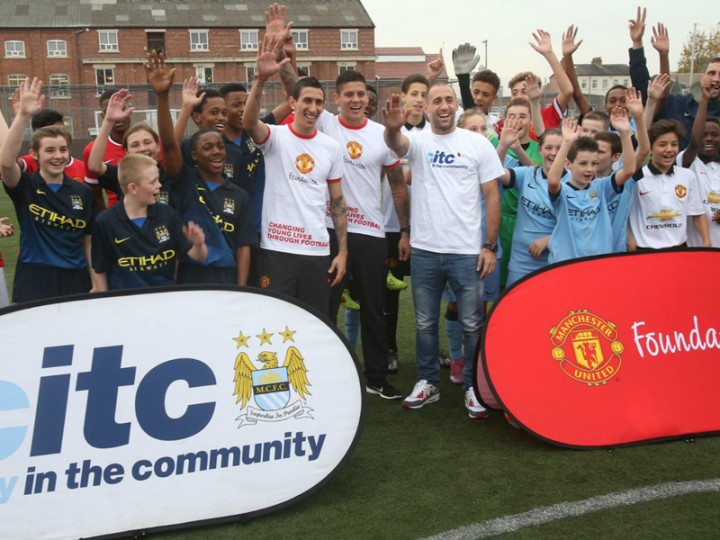 Pablo Zabaleta joined forces with fellow Argentinians Ángel Di María and Marcos Rojo prior to the derby of Manchester. Zabaleta, Di María and Rojo turned coaches for the afternoon on the Friday prior to the derby, helping out a Premier League Kicks session at Manchester College, Ardwick. With the derby looming, the emphasis was on a city united. Di María flicked balls up for youngsters from the City in the Community scheme to practise their finishing and congratulated them warmly when they scored. Zabaleta did the same with kids from the Manchester United Foundation. Afterwards, the players conceded an interview, that would be published in various newspapers, where they spoke about the derby, their friendship and several different topics. In this occasion it was not for a commercial activity that they posed in front of the cameras, but for an activity organized by the clubs to give visibility and to support their foundations, City in the Community and Manchester United Foundation. 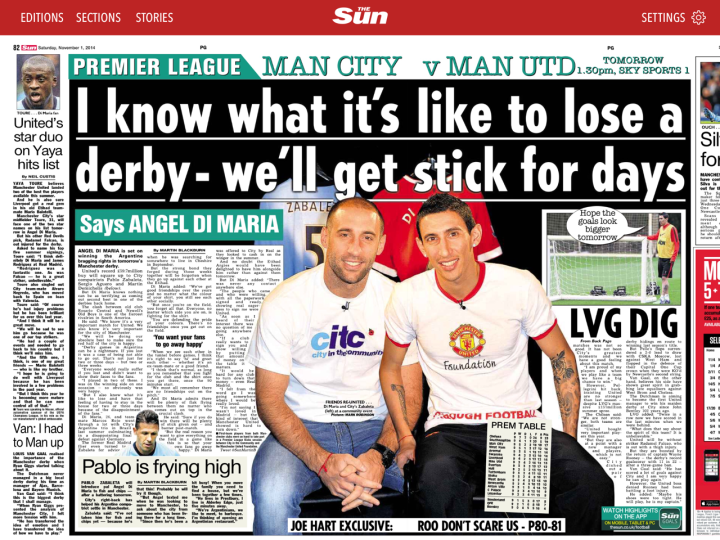