Arsène Wenger has signed a deal with Square to lend his face to the videogame Champ Man 15.

The company released a press release which isn’t entirely clear but it seems like, according to it, Arsenal’s manager will be “lending his face to the campaign to underline the authenticity of the Champ Man experience.” It appears that the deal is just to use his face in advertising for the game and that he will feature on the app icon on both iOS and Android, and Arsène himself seems to have very little involvement.

Anyhow, this kind of deals prove that there are certain categories and products that believe managers are just as valid (or even better) as players. Managers such as Arsène Wenger, Jose Mourinho or Pep Guardiola keep signing commercial deals because they represent values and skills that are highly appreciated by brands such as trust, experience, intelligence or organizational skills. 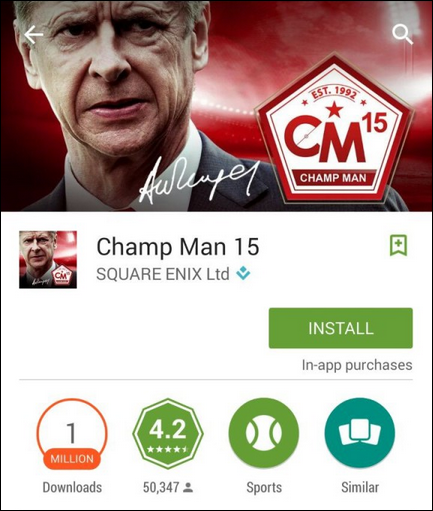