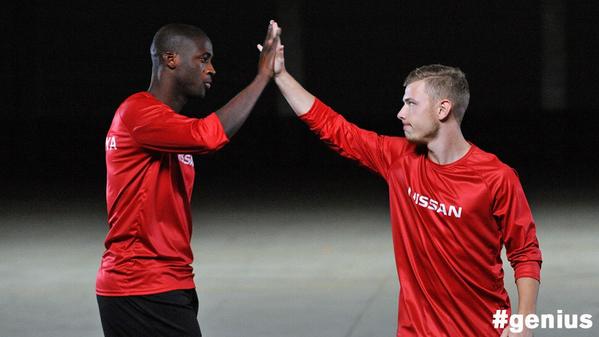 Nissan confirmed its three-year deal with Uefa in April. The brand has effectively replaced longstanding Uefa sponsor Ford in the car category.

Andrés Iniesta features next to Thiago Silva in the initial adverts of the brand and by the looks of it, Yaya Touré and Max Meyer will be together in some other videos to come. Yaya Touré welcomed him to the team using his Twitter account: 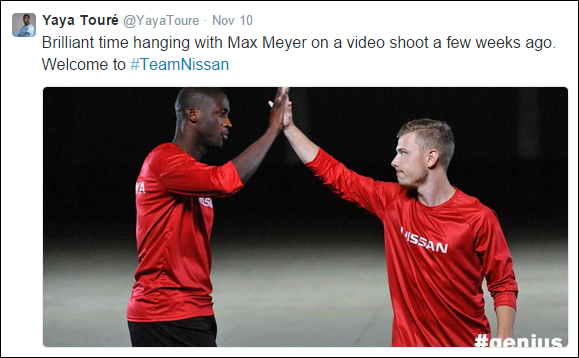