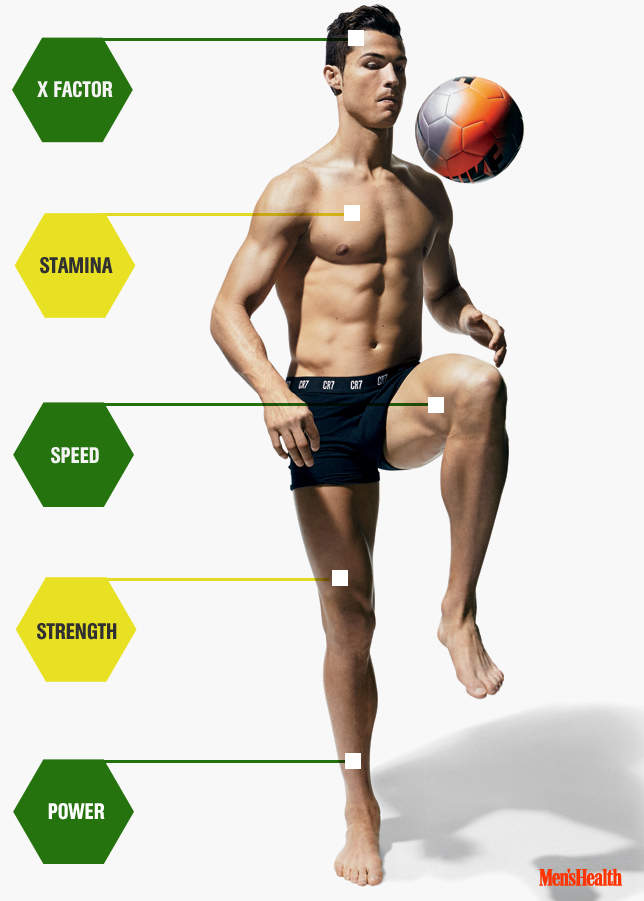 Cristiano Ronaldo features in the cover of Men’s Health

According to the popular health and fitness publication Men’s Health, Cristiano Ronaldo is the fittest man alive. The September issue of the well known magazine explains what are the factors that makes him unstoppable. Cristiano Ronaldo is not an amateur when it comes to featuring in magazines and articles and he has been selected recently to feature in the cover of prestigious magazines like Vogue or Men’s Health itself.

The latter has used several football players in the past to feature in the cover of some of their issues. Players like Iker Casillas, David Beckham or Gerard Piqué have been the face of Men’s Health at some point. 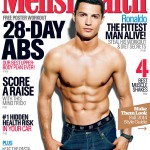 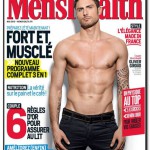 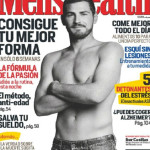 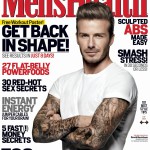 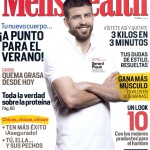 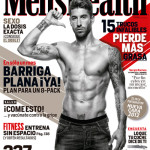 According to the publication, the factors that make him unstoppable are:

Ronaldo is able to process the game faster than other players, says Zoe Wimshurst, Ph.D., director of Performance Vision. Elite athletes develop faster eye movement, looking at up to seven places per second versus the average person’s max of five. When he’s dribbling at a defender, he watches for movement clues while assessing thousands of permutations drawn from hours of play—and he does this unconsciously.

Ronaldo runs more than 6 miles per game. This stamina is one reason his body fat is in the low single digits. Elite-level games are often decided in the final 20 minutes, the window when Ronaldo scored more than a quarter of his goals last season.

In a typical game, Ronaldo sprints 33 times at a top speed of about 21 miles an hour. His explosive acceleration and high soccer IQ enable him to time diagonal runs that outsmart the offside trap. He also has great balance and body control, and can change direction quickly—so when dribbling, he’s the ultimate ankle breaker.

Elite soccer players can be expected to squat 440 pounds, Norwegian researchers found. Strong quads are critical for an attacker, who needs to jump to head the ball on goal. A British documentary measured Ronaldo’s jump off both feet at 31 inches—NBA-worthy hops. That means he can head the ball when it’s 8 1/2 feet high.

Ronaldo can kick explosively, powering the ball at a ferocious 80 miles an hour. Superior technique enables him to wrap the side of his foot around the ball when taking free kicks, making the ball spin so much that it has a variable trajectory of up to 9 feet—leaving the opposing team’s goalkeeper helpless.