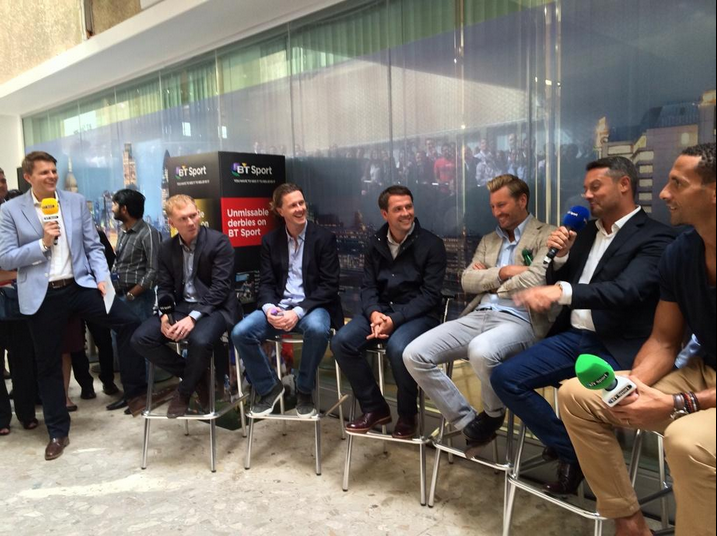 BT Sport have a very strong portfolio of ambassadors for the 2014/15 season. Jose Mourinho recently joined the likes of Gareth Bale and Alex Oxlade-Chamberlain. The brand also has some former players that work as pundits and interviewers such as Michael Owen, Robbie Savage, Steve McManaman or Paul Scholes. In May 2013 BT announced that Rio Ferdinand had signed a three-year deal with BT Sport to work as an interviewer, programme-maker and ‘football expert’.

Ferdinand said: “I’m really excited about joining BT Sport. I will be doing a lot more than sitting on a sofa working as a football expert. I am going to be able to make programmes for BT Sport, not just about football, but also about other things that I am passionate about”, and he is already doing it.

Rio Ferdinand was recently with Jose Mourinho in an interview where Mourinho tells Ferdinand before the season’s kick-off why he loves English football even more now, where Cesc Fabregas fits in to his Chelsea plan and why he can never replace Frank Lampard. The interview was largely commented and published in different media that gave nice visibility to BT Sport. 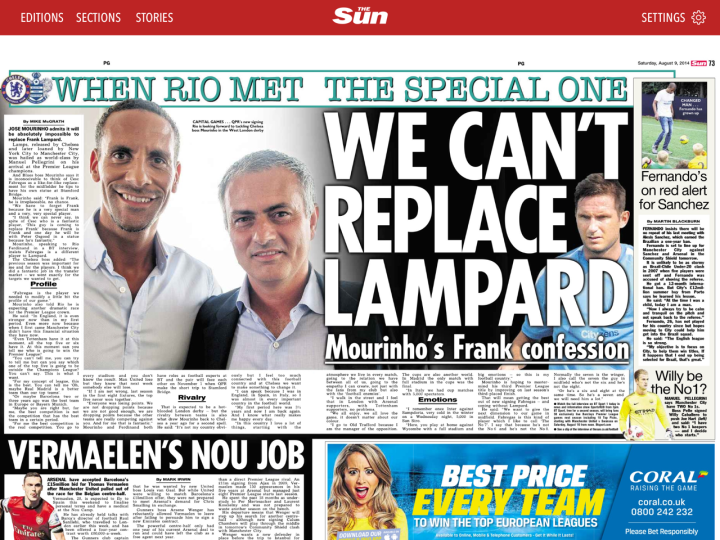 You can see the interview here: