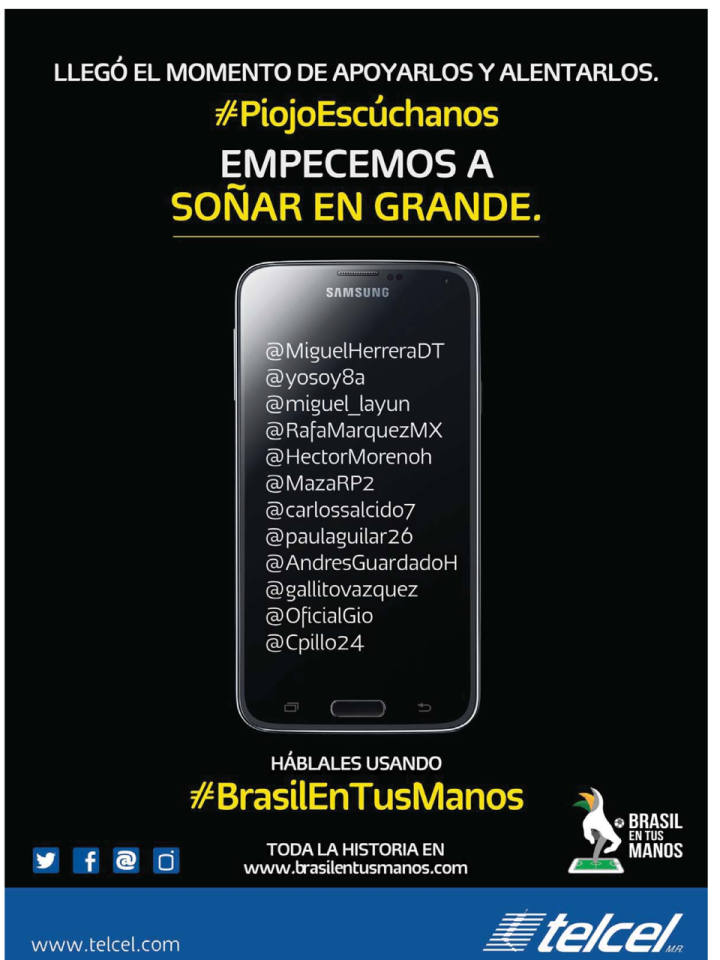 The Mexican telecommunications company Telcel wanted to be present in the 2014 edition of the World Cup and they came up with a unique and brilliant idea. They wanted to encourage fans to give their full support to the national team and its players (Gio Dos Santos, Rafa Marquez, Ochoa…) during the competition and to do it they promoted the usage of new technologies and indirectly advertised services that they could provide like broadband and 3G.

In this campaign, the brand encouraged Mexican fans to be supportive with their players and to cheer for them to keep the World Cup dream alive. In the printed ads the brand was showing the Twitter accounts of most of Mexico’s players but no reference to the National Team, their colors or the crest. The faces of the player’s were not shown either and apparently it is a totally legal and smart ambush marketing strategy.