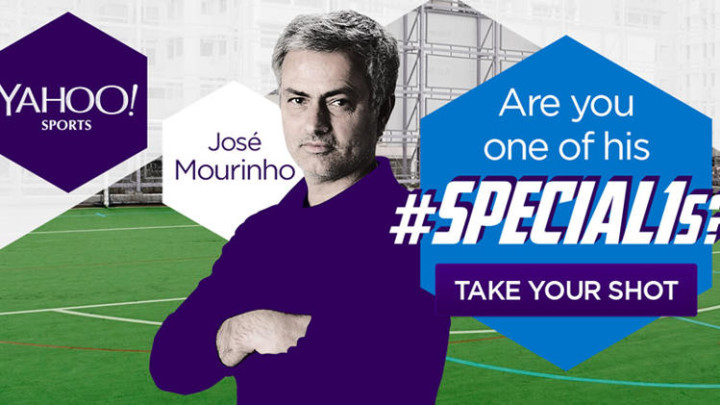 A few months ago we saw Yahoo announce that they were partnering with José Mourinho to provide in depth analysis during the World Cup. As part of his role as football ambassador Mourinho provided analysis on the tournament for Yahoo and he also developed exclusive behind-the-scenes content on his own Tumblr page.

It was the first time that José Mourinho was doing any form of social media.

Robert Bridge, the vice president of international marketing at Yahoo said during the announcement: “This a global marketing initiative which forms a key part of our brand activity this year, matching the passion and authority that Jose brings to the game with our own.

“Arguably one of the biggest names in football – Jose will be the face of many of our consumer marketing campaigns – in this huge year for football. It’s a strategic partnership, using our own platform to drive digital engagement, creating emotional connections between Yahoo and people’s offline interests.”

Now that the World Cup is over and after assessing the partnership and its outcome, both Yahoo and Mourinho are happy with their little adventure because it provided a good level of visibility and generated interesting content. Mourinho analyzed the different matches with his particular style:

And the brand also created some special contests and promotions featuring Chelsea’s manager:

Overall a great initiative by Yahoo that turned out great because when looking for the perfect ambassador the branded chose wisely.