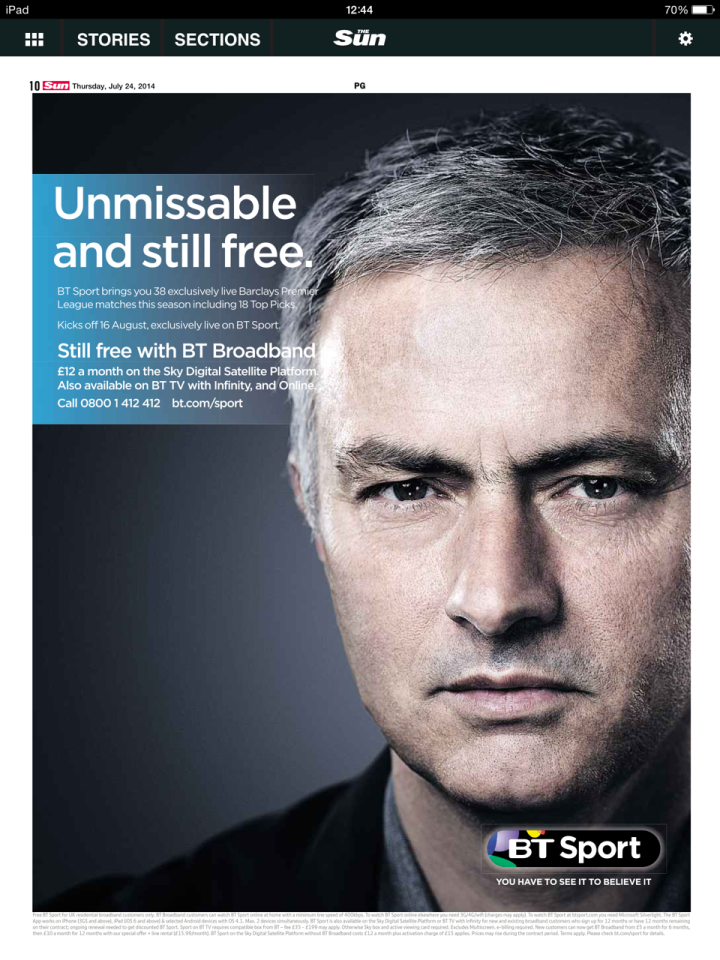 As the broadcaster prepares for its second season showing Premier League soccer, the Portuguese, 51, has signed a three-year deal that will see him carry out various roles, including appearing as a pundit, acting as an ambassador, and featuring in BT Sport’s new marketing campaign.

“I’m looking forward to working with BT Sport,” said Mourinho. “In their first year they have shown they are not afraid to challenge, are open to new ideas and want to do things differently. This is the kind of team and ambition that I want to work with.”

In Mourinho’s first appearance for BT Sport we can see him appear alongside fellow BT Sport ambassadors such as Daniel Sturridge, Rio Ferdinand, Alex Oxlade-Chamberlain and Gareth Bale.

In addition to the Premier League, the broadcaster’s programming line-up for next season includes the FA Cup, the Uefa Europa League, Germany’s Bundesliga, Italy’s Serie A and Major League Soccer.