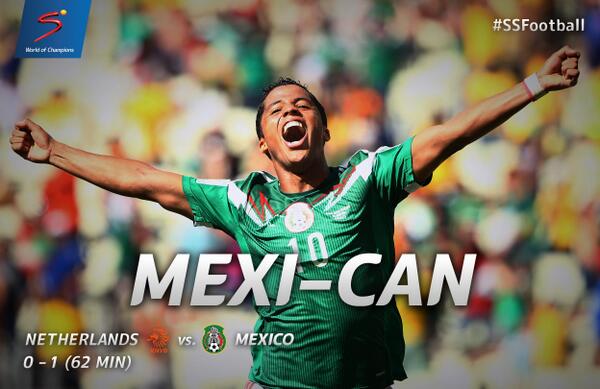 Mexico’s dreams of going further in the World Cup were broken when they lost against Netherlands in the round of 16. Despite the defeat, Mexico has performed very well during the World Cup and Gio Dos Santos has leaded the team in their attempt to win the trophy.

It was a good tournament for Gio on a personal basis as he started, as it happened in 2010, in all the matches. He has been at the heart of Mexico’s best moments in recent years. Voted the second best player at the tournament, he led Mexico to an Under-17 World Cup in 2005; he was third top scorer at the 2007 Under-20 World Cup; he was the most valuable player at the 2009 Concacaf Gold Cup; and in 2011 he scored a wonderful goal in the final against the USA as Mexico won the trophy again. He then won an Olympic Gold in London in 2012. In this occasion he scored a great goal that for a while seemed to put Mexico in the quarter finals.

One national newspaper declared: “He went back to being that audacious kid, daring to destroy defences, the U-17 world champion and Olympic gold medallist.” He performed very well for Mexico, but the team regrettably had to return home before they wanted to. In 4 years they will try it again!