A London-based startup is reportedly enjoying faster growth than some of the most successful technology firms in the world and Cristiano Ronaldo has actively helped towards this huge success.

Sportlobster, a British social network for the sports obsessed, has hit the one million user mark, and is believed to have achieved the feat quicker than Twitter and Tumblr.

The platform, which went live in April 2013, enjoyed a steady but unspectacular rise until the launch of a dedicated iPhone app, which boosted its user base from 30,000 to 200,000 between October and December last year.

The site can count footballers Cristiano Ronaldo and Michael Owen, boxer George Groves and presenter Natalie Pinkham amongst its ambassadors, and boasts even more high-profile users, including Lewis Hamilton. For the World Cup they have prepared a special pack and they also added Chiellini and Victor Moses to the team, to feature all around London. 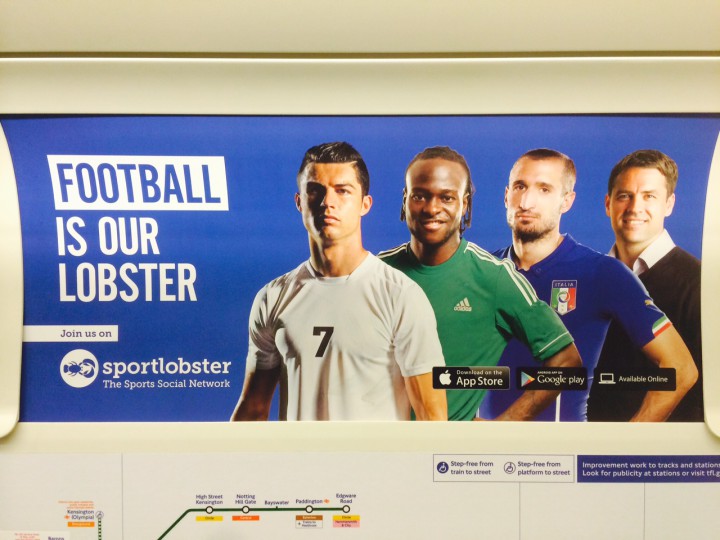 “I am proud to be an ambassador for Sportlobster,” said Ronaldo. “We can change the way fans consume sport forever. It has already reached one million users in just over one year.”

Sportlobster CEO Andy Meikle is clearly pleased with his company’s progress, and wants to take the site much further.

“When we hit 10,000 and 100,000 users, we were over the moon, but one million is a completely different kettle of fish,” he said. “Social networks like Twitter and Tumblr cater to tens of millions of users and are multi-billion dollar companies, but it speaks volumes that we have moved faster than these social networks in the first 12 months.

“Obviously, they are a few years ahead of Sportlobster, but our growth-rate exemplifies where we are in the social media world.”

On 18 June, business software provider Sage is holding an event, entitled ‘Secrets to my Success’, to advise startups and entrepreneurs on how to build a successful business. Speakers from SwiftKey and moo.com will be on hand to offer guidance and tips.