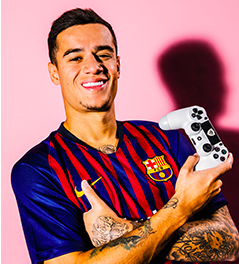 The campaign’s goal is encourage users to play PES2019 Mobile #FeelThePowerOfFootball. The campaign promoted the amazing in-game events that could get as a reward one of the legends mentioned before.

Philippe Coutinho is living a difficult season at Barcelona with difficulties to perform at his real level. However, commercially he is still a great platform of a top football player who arrived for 155m€ to the club.

Join me and experience the beautiful game on the go in stunning detail. #PES2019Mobile is out now! Also, play #PES2019 on consoles for free with #PES2019LITE. On mobile and console, #FeelThePowerOfFootball.