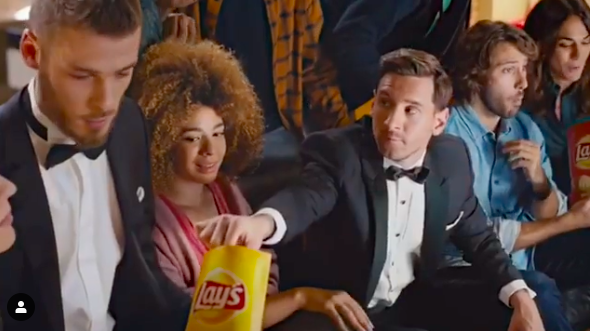 The Champions League comeback in February is always a strategical period when all commercial partners of the UEFA competition show their best adverts. Lay’s united the best striker on the planet and one of the best goalkeepers. Leo Messi and David De Gea dressed up as musicians and performing the famous anthem of the competition.

“We can hold our own on the pitch, but can we hold a tune?”. F.C.Barcelona and Manchester United stars shared this message in their social media. #BringtheFlavour #UCL #ChampionsLeague

By choosing Messi and De Gea to host a friends meeting to watch the Champions League, Lay’s succeeded in identifying two profiles with an enormous love for the game. You can easily imagine United’s goalkeeper or Barcelona’s striker watching the Champions League on television analyzing their opponents when they are not playing.

Lay’s (Pepsico) has partnered with the Champions League since 2015. A deal that has been extended recently until 2020.

We can hold our own on the pitch, but can we hold a tune? ⚽? #BringTheFlavor #UCL #ChampionsLeague