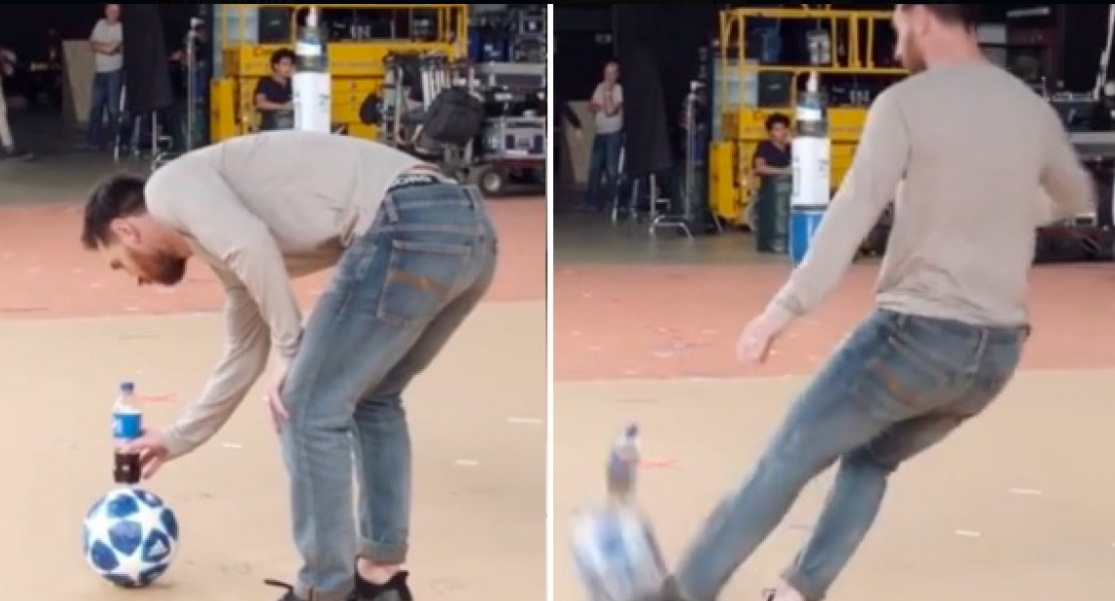 One of the main objectives from every commercial campaign is to go viral and have an impact on as many people as possible. That is what happened with Leo Messi’s last shoot with Pepsi.

F.C.Barcelona magician, who has been a long-term partner with Pepsi, swapped a can for a bottle and placed it on top of the ball and then chopped the ball through a hoop. Is it a real skill from the greatest football player of all-time or is the trick a fake? It’s all part of a commercial that also involves Liverpool’s striker Mohamed Salah. Media outlets from all around the world have given publicity to the video asking whether the trick was real or not.

“It was great to shoot this year’s commercial with PEPSI MAX”, said Messi. “It’s a fun concept that shows football skills in an amazing way. I hope that this year’s campaign continues to impact football fans around the world”.

It went viral also through Leo Messi’s Instagram’s where he said “there was more to come”. #ForTheLoveOfit