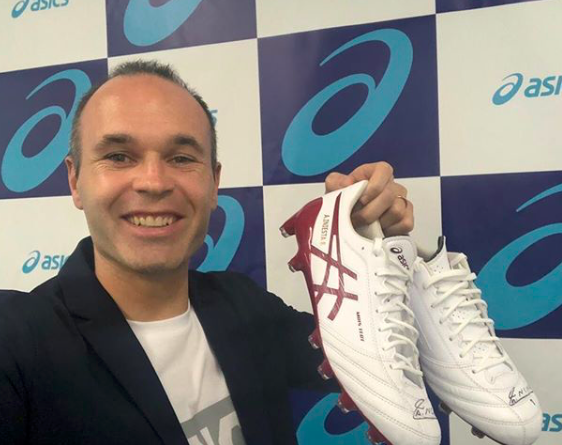 Andres Iniesta ended his Nike deal in the summer. A surprising final to a 19-year relationship. Former Barcelona legend, now playing for Vissel Kobe in Japan, needed a new sportswear deal, so it was more than natural than the Japanese footwear manufacturer Asics appeared in the equation.

“I am extremely excited to be part of the Asics family”, said Iniesta. “I am committed to promoting the game from base levels in Japan to reduce the differences between Asian football and the rest of the world”, added the Spanish star.

Vissel Kobe is currently in mid-table in the Japanese top flight, but the midfielder magician has already produced some amazing plays since his arrival to the league.

Iniesta’s time with Vissel Kobe and his association with Asics is a unique opportunity to promote the Japanese football.