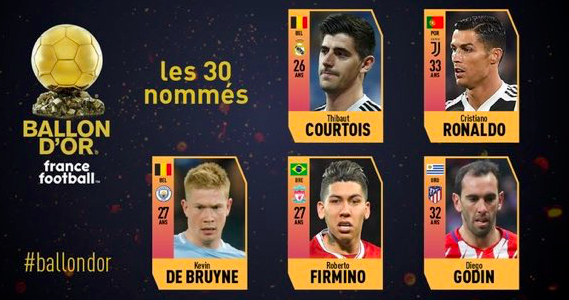 Talent, effort and victories. This is what led Manchester City stars Kevin De Bruyne and Kün Agüero to be considered in the list of 30 nominees to win the Ballon d’Or 2019.