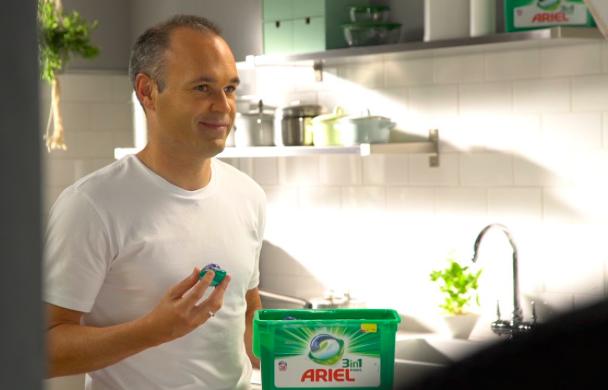 Former F.C.Barcelona midfielder Andrés Iniesta has joined the laundry detergents brand Ariel (owned by Procter & Gamble) to become its new public image. Iniesta recorded the company’s adverts in Japan, where he is currently playing for Vissel Kobe after ending a magical 17-year period at Barcelona. Iniesta is set to be the main character of a webserie where he will give some advice on how to prepare your laundry. #MárcateUnPod #Ariel3en1Pods

Andres Iniesta is always a tremendous choice for any Spanish brand. He is admired and respected everywhere in the country due to his football skills but also and even more importantly for his behavior and social commitment.