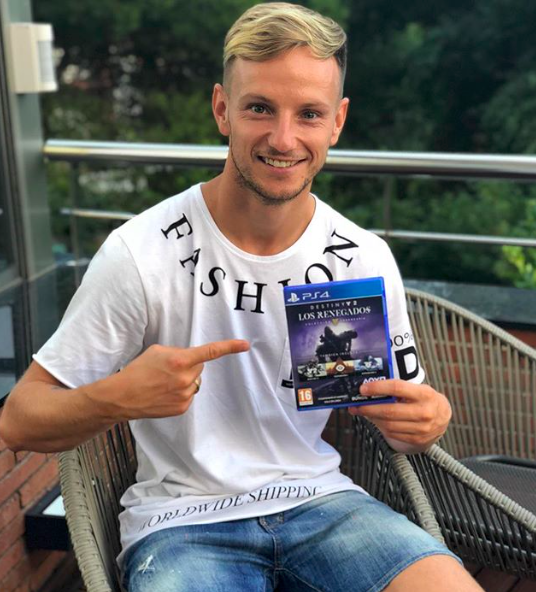 Ivan Rakitic promoted the release of the videogame Destiny 2: Forsaken, a major expansaion of the first-person shooter video game by Bungie and Activision. The Croatian has established himself as an irreplaceable F.C.Barcelona midfielder after another great season for the club and an outstanding World Cup, reaching the final with his country.

The release of the game was widely covered by the media. Rakitic was asked about his skills with videogames: “I don’t have a lot of time, but when my daughters are asleep, or my wife is away, I can play Destiny 2 a lot. ¡It’s difficult to give the controller away! I don’t have many free hours but I enjoy the game a lot”.

Rakitic also spoke about the Destiny of his club: “I wish I could know, but that’s football. We’ll try to do our best. As Leo Messi said, we want to win all the titles”.

The release of Destiny 2: Forsaken had a large coverage in the sports media thanks to the interviews with Rakitic during its release. 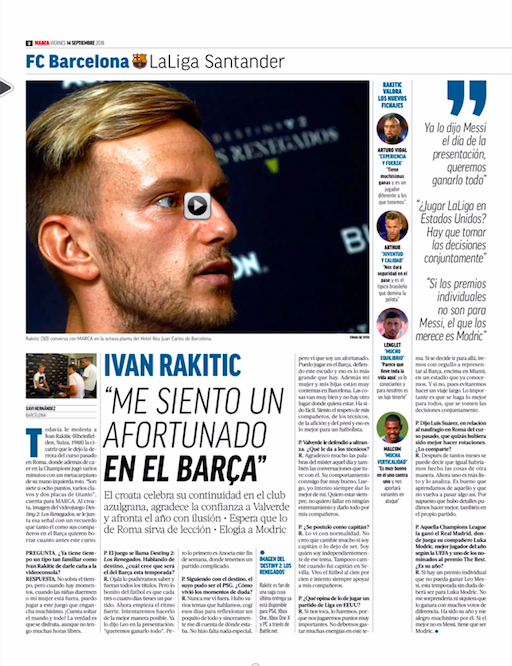