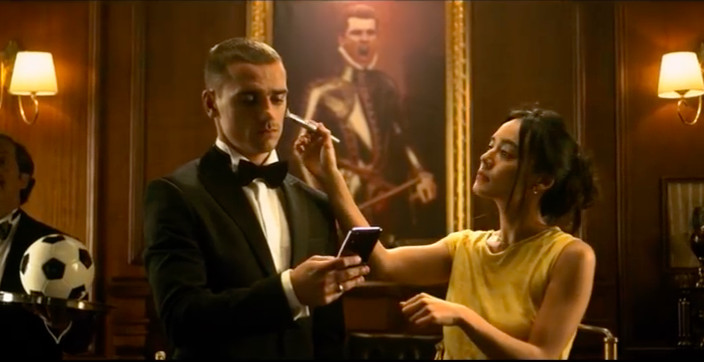 World Cup winner Antoine Griezmann is increasing his commercial profile in the last few months as his career with Atletico Madrid and the French national team continues to improve. In his last appearance for Huawei, Griezmann presented the new P20 Pro, a new edition that brags about its artificial intelligence and its triple camera.

Intelligence on the pitch, as Griezmann proves every time he plays, and intelligence off the pitch choosing the new Huawei. Dressed in a smoking and beginning inside a pub, Antoine travels around the world showing the skills of the Huawei camera.

Antoine Griezmann is becoming a major asset for the brands as he looks comfortable in front of the camera and with the right attitude and charisma to produce a successful campaign.

His decision to remain at Atletico Madrid and not joining F.C.Barcelona may have closed some commercial doors for the French striker. However, winning the World Cup with France has helped the striker in developing his image.