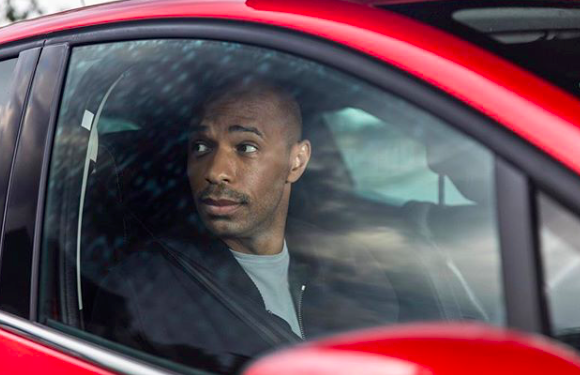 Back in 2002 Thierry Henry and Renault created a fan-favourite series of adverts called ‘Va Va Voom’, which means ‘the quality of being attractive’. The French company and the legendary former football player -now starting his career as a coach with AS Monaco– produced something unique and it is an audacious move to recover now the idea for their new partnership.

“The passion of football fans is an amazing part of our game. It’s great to be back with Renault as they bring you the Premier League season in partnership with Sky Sports”, said Henry. Renault is now a sponsor of the English league on Sky Sports, where the French legend also works as a pundit.

Vincent Tourette, Managind Director of Renault UK, said: “We’re delighted to welcome Thierry back to lead the line in our new TV idents”.

Check out Thierry Henry Renault Clio ‘Va va voom’ historical advert, recorded when the French striker was on the top of his game playing for Arsenal in the Premier League.