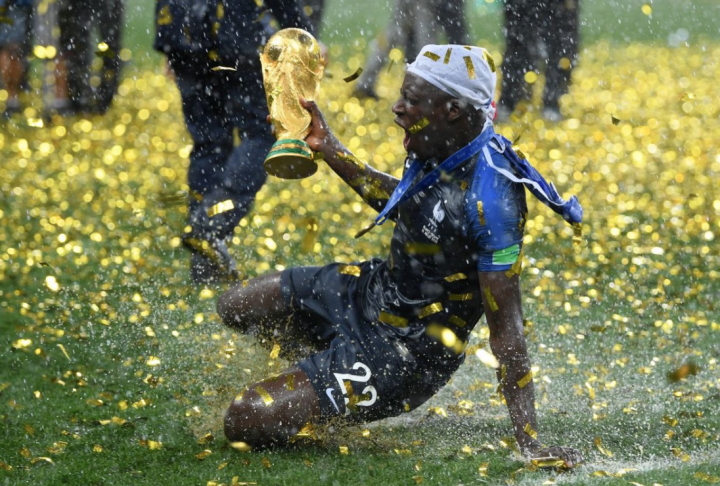 Benjamin Mendy was the happiest of all this month as he won the World Cup with France in a great final against Croatia. After a difficult season for the Manchester City left-back, where he had to overcome a long-term knee injury, Mendy had the chance to join his national team in Russia and took the trophy home.

Assist King Kevin De Bruyne also had a great tournament and played a vital role in the outstanding Belgian national team that reached the semi-finals. Manchester City‘s playmaker played six of the seven matches, scored an amazing goal against Brazil in the quarterfinals and gave two assists during the tournament. He had a great tournament following a fantastic season with his club and could be found in most of the Best XI that were circulating after the tournament (examples from Sky Sports and BBC below).

City’s English players Kyle Walker, John Stones, Fabian Delph and Raheem Sterling were all important players for Gareth Southgate in an England squad that defied all odds and reached the semi-finals as well. It was the first time since 1990 that the Three Lions get to this stage. Stones was one of the best centre-backs of the competition and scored two goals in the second match against Panama. Walker played all the important games in a back-three line, moving his position from the right-back. Delph took part in 4 games and even had time to go back home between games to welcome his third daughter. Finally, Sterling showed his class once again at the big stage and performed in six World Cup matches, being named in the U23 team of the tournament.