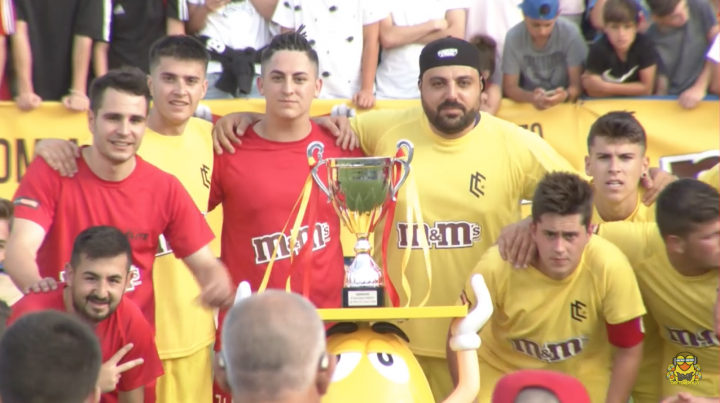 The wait was over. The first Youtubers football match with public in Spain became a reality when Primetubers and M&M’s organized the match between La Élite and the Crazy Crew. A pioneer branded action that took place at the Nova Creu Alta stadium of Sabadell. More than 3 thousand people attended the game, but the amazing stats were also online: 11.5 million impacts in Youtube and social media.

Candy brand M&M’s got a great repercussion on social media through the influencers promotion of the game, both before and after the match. The game was also associated with a #stopbullying organisation, which gave the action an extra positive message specially for the young audience.

More than 2 million people watched the streaming of the game via three different channels. Primetubers influencers RobertPG and DoctorePollo where the captains of the two teams. La Élite beat the Crazy Crew 3-0 in an outstanding performance from Spursito, who scored a hattrick.

Great covering from national and local media made the event a total success also in the traditional media platforms.