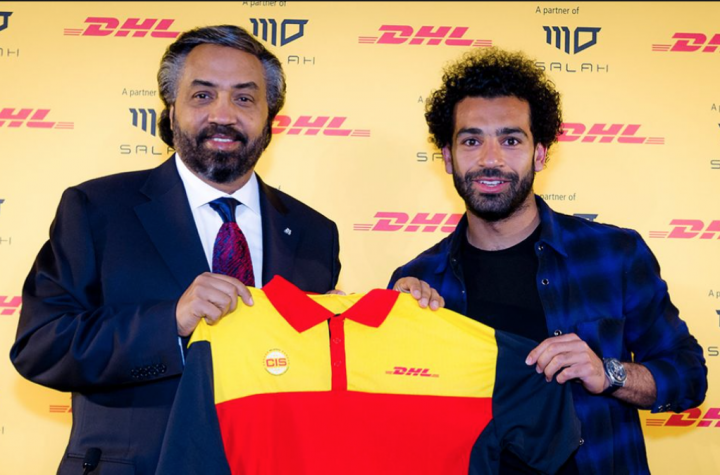 Mohamed Salah’s prolific season at Liverpool is also paying off outside the pitch. The Egyptian king’s image is growing a lot and his latest partnership is with DHL Express. The player will deliver for them during the next two years, as he has signed as the brand’s new ambassador for the Middle East and North Africa (MENA) region.

The agreement was announced just a couple of weeks before the start of the World Cup, and after he broke the goalscoring record in the Premier League with 32 goals and led Liverpool to another Champions League final for the first time in eleven years. This new collaboration will see the parties working together on a series of marketing activities and corporate social responsibility (CSR) initiatives that reinforce the synergies between the core values of DHL Express as a business and Mohamed Salah as a sportsman and youth-inspirer.

“I am very proud to be the first player to partner with DHL, and I am happy to collaborate with an international brand”, said Salah. The Egyptian player has grown a lot on the pitch, but also off it, where he has a huge social media following and has become one of the most recognizable faces in the country.