Take the challenge and follow your own path. Gianluigi Buffon, who is ready for the next chapter of his career following 17 years leading Juventus to glory, has also decided to step into gaming with the popular videogame World of Tanks, developed by Wargaming.

A strong character like Buffon leads 11 new Italian tanks in the game’s new update. “There are always new challenges ready to knock you down, but your teammates are here to back you up. And having a few tanks at your command makes life a little easier”, said Buffon in the unveil of the partnership.

Buffon provides his likeness and voiceover to the world of the brave of World of Tanks. A world that welcomes those who dare. The association with Buffon relates to leadership, team-effort and tacticism, qualities that represent the legendary Italian stopper and that are also needed to succeed in the World of Tanks.

The partnership had great presence in the media (see example below from Spanish newspaper Marca) as another iconic footballer makes a move into the gaming world, following the steps or other big names of the game like Gerard Piqué, Neymar, Dani Carvajal or Harry Kane had done previously. 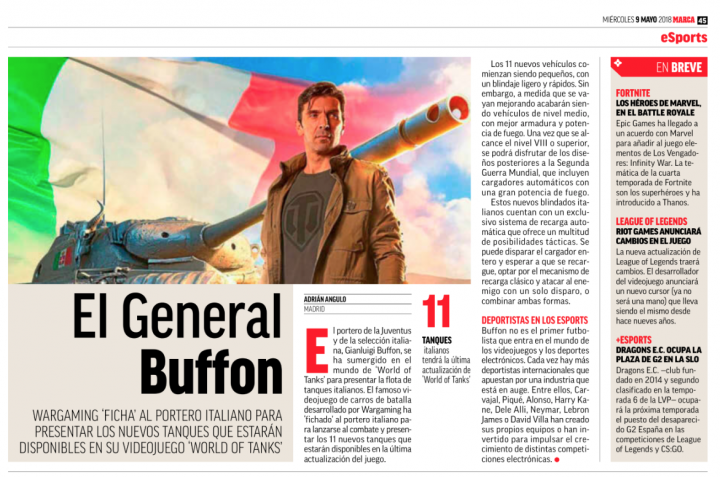