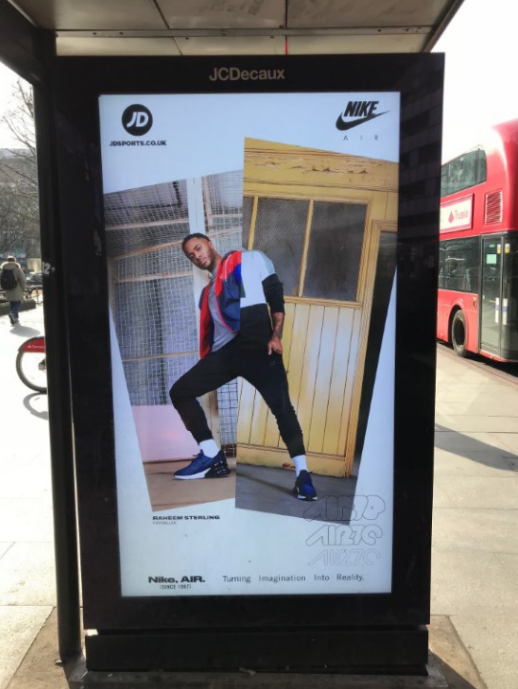 Manchester City is having a fantastic season and so is English winger Raheem Sterling. With the first trophy in the bag (Carabao Cup) and the second on the way (Premier League), Manchester City is en route to having a fantastic season on Guardiola’s second year at the club. A number of players have stepped up and improved notably this season, and Sterling is the best example. Nike has realised it and Sterling is becoming more and more visible on the brand’s campaigns ahead of the World Cup. With a career high 20 goals and 11 assists so far this season, he is becoming the best version of himself!

Nike has seen that not only he has potential on the pitch and will contribute greatly to Manchester City and England’s success (both Nike partners), but he also has a huge potential on social media, and is already becoming a great communications platform, with more than 7m followers on his official accounts. This particular campaign can also be seen on bus stops around the city of London, as captured in the example at the beginning of the post. 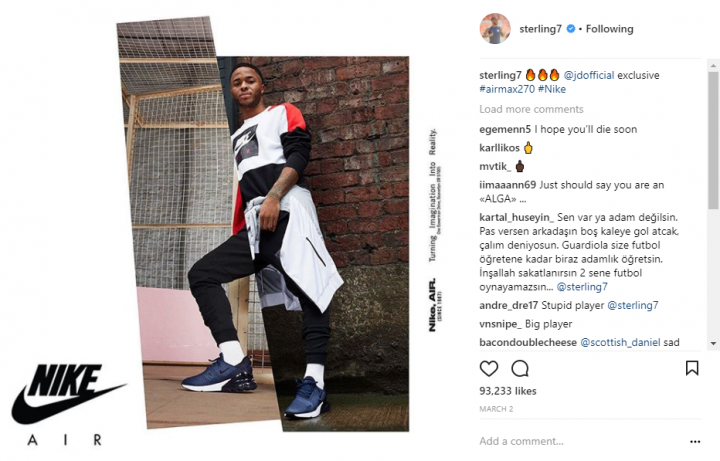