As the sponsor and official restaurant of the 2018 FIFA World Cup in Russia, the popular US company McDonald’s recently launched a marketing campaign and contest for children called “De la mano al Mundial”, which translates into something like “Holding hands to the World Cup”. The winners can feel like football stars for a day and they will enter the pitch holding hands with some of the best players in the world. The brand has been doing it for the past 16 years, and on this occasion Javier Mascherano was chosen to be the ambassador of the campaign in Argentina and is in charge of promoting the contest.

Despite being now in China, Javier Mascherano is still one of the greatest exponents of football, reaching millions of people in the country and the world. He has always been an inspiration for the little ones and that is why he was the person chosen to give visibility to the campaign. On top of being a football star, he has a huge following on social media, which makes him a great communications platform.

Javier Mascherano announced the partnership and the campaign on his official accounts, where he accumulates millions of followers. In just a few hours, his post about McDonald’s and the campaign got more than 160k views on Instagram. Can you imagine winning and entering a World Cup match with Sergio Agüero, Gonzalo Higuaín or Lionel Messi? 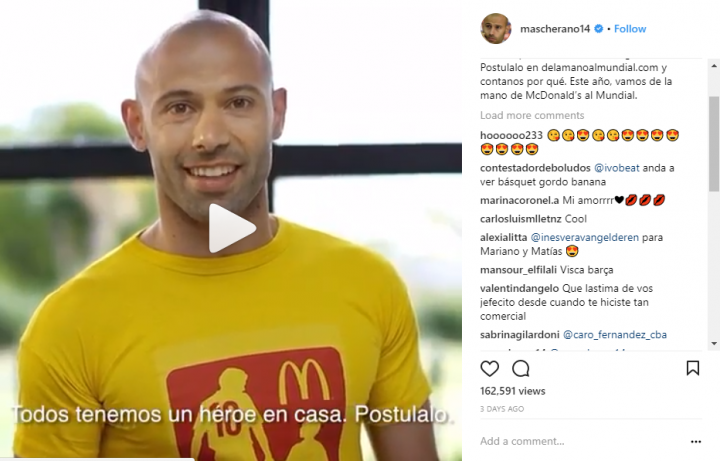