As an official partner of the Uefa Champions League, Pepsi MAX takes pride in creating great campaigns with some of the best players in the world. On this occasion, the brand brings together five of the world’s best footballer’s – Leo Messi, Marcelo, Toni Kroos, Carli Lloyd and Dele Alli – for an action-packed, high-energy kickabout with paint-filled footballs. The TVC is currently being aired and Pepsi scheduled the campaign to kick-off now that the competition is reaching its latest and most exciting stages. 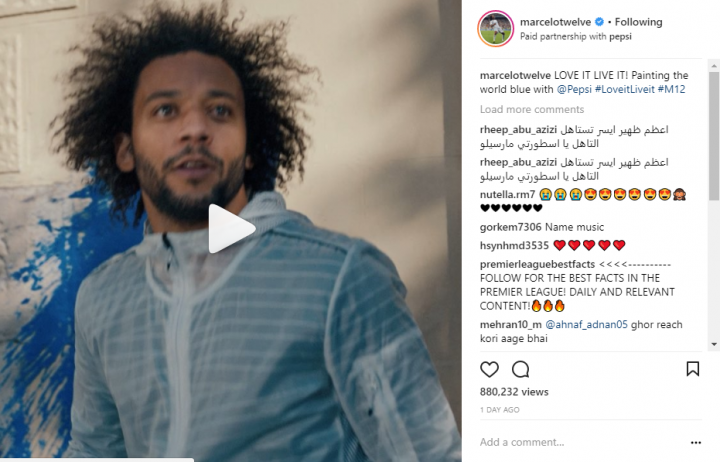 Players like Marcelo or Toni Kroos, with 23 and 15 million followers on Instagram, respectively, took the opportunity to share the commercial on their official accounts and give some visibility to the brand on social media, using the hashtag of the campaign #LOVEITLIVEIT.