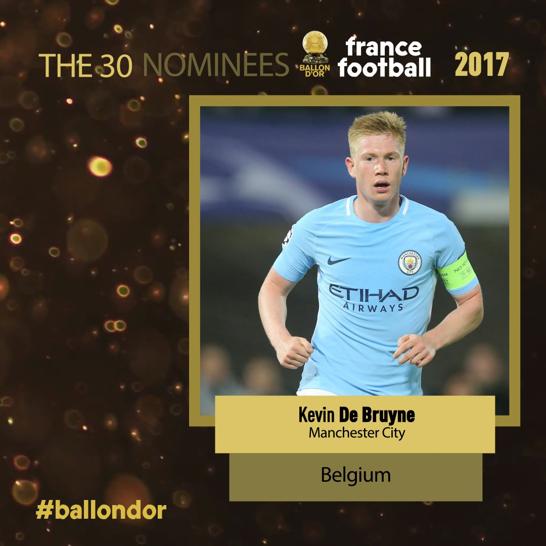 Kevin De Bruyne has been in fantastic form so far this season and, combined with the fact that the Belgian midfielder was crowned Premier League’s assist king last season, delivering 18 goals, he has earned a well-deserved nomination for the Ballon d’Or. France Football recently published the final list of the 30 players who will fight for the prestigious award and Kevin, who has recently been unveiled as the most effective assistant in Premier League’s history, with an assist every 181 minutes, will be representing Manchester City.

Pep Guardiola’s side are flying in the league at the moment with 19 points out of a possible 21 meaning they top the table and his three assists so far this season have seen him surpass some Premier League legend’s all-time Premier League assist-per-match record. With a total of 31 assists, Kevin De Bruyne is now topping the list ahead of players like Ryan Giggs, Thierry Henry or Eric Cantona. Only time will tell if he can keep it up until he reaches Ryan Giggs’ 162 total assists and become the ultimate Premier League assist king.