Luis Suárez is Uruguay’s most popular football player and a few brands from his home country seized the opportunity to gain visibility next to him. One of them is Uruguayan banc and financial services provider Abitab, which has had a relationship with Suárez since 2013.

The FC Barcelona star announced the new campaign last month on his social media, where he promotes the new pre-paid card of Abitab and shares the new TVC with his more than 11.5m followers on Twitter. Watching the ad we can say that not only he is a great striker, but also a decent actor! 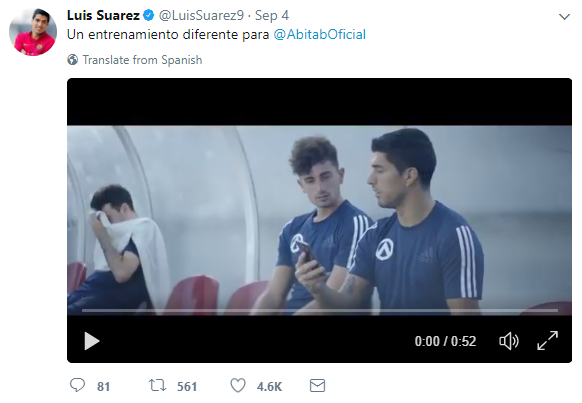