Back in 2015, Portuguese star Cristiano Ronaldo signed a 3-year multimillion deal with telecoms giant Altice. Since then, we have seen the striker starring in TVCs for a number of its subsidiaries: HOT in Israel, MEO in Portugal, SFR in France or Altice in the US, in his latest ad.

The company asks for this piece “how fast can a pic of Cristiano Ronaldo in his underwear go viral”, while showing their range of services and virtues. Cristiano Ronaldo has worked long hours and done a few shoots for Altice’s different brands, but he never refuses to give them some extra support and visibility on social media too, and if he is in his underwear that means that he can easily reach 3m engagements from his 112m followers. 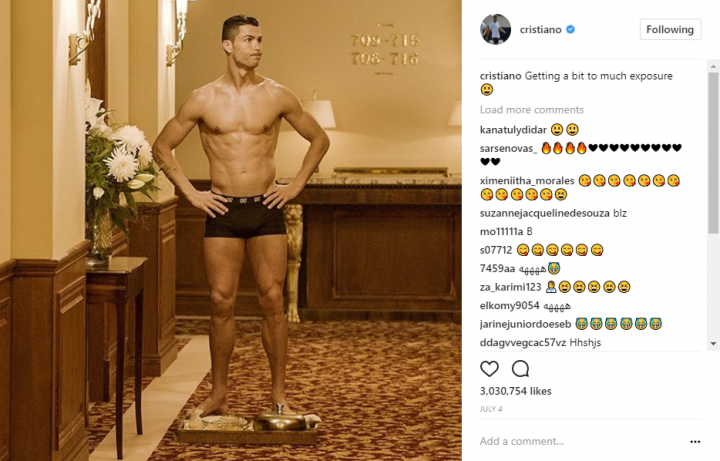