At the beginning of the summer, EA Sports announced that Cristiano Ronaldo would be the new face of the best seller FIFA. After a successful season with Real Madrid and Portugal, the striker would be the global ambassador of the popular game, following the likes of Messi (2013-2016) and other players like Wayne Rooney or Kaká before him. Aaron McHardy, Senior Producer for the company said: “The world’s best player has helped fuel the biggest leap forward on the pitch that we’ve ever delivered. We are extremely excited to partner with Cristiano – working with him we learned a lot about his unique play style and what makes him so special. His passion, energy and global fanbase make him the perfect ambassador for FIFA 18.”

And the game, which was recently launched, certainly looks spectacular. The new launch TVC, which is currently on the air, features Cristiano Ronaldo and it’s awesome! The player has also taken the opportunity to share it on his social media and to help EA Sports reach out to his millions of fans. 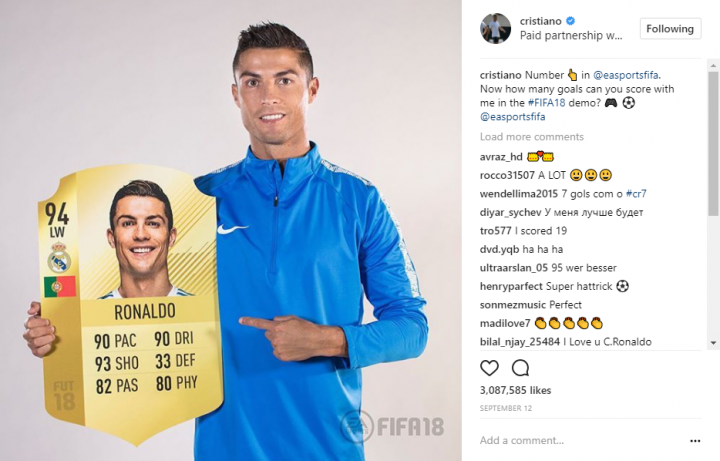