Former FC Barcelona star Carles Puyol, together with former model Verónica Blume and a few other ambassadors, are the faces chosen by Uniqlo for its launch campaign in Barcelona. Uniqlo has partnered with this heterogeneous group from Barcelona so that each one can explain which is his favourite part of the city, as well as his favourite clothes. In addition to the photographs, the campaign includes a fashion film in which the Goya-nominated actor Àlex Monner and Greta Fernández tour some of Barcelona’s most iconic locations as they fantasize about what they would do if they had the city for them for only one day.

In the short interviews that are also part of the campaign, the protagonists show some of their least known faces. Carles Puyol, for example, tells the camera, dressed in Uniqlo Sport, that he is an expert making tortillas and that shirts are an essential in his closet and that, to him, they are never out of fashion. The player attended the launch event of Barcelona’s first ever shop in Paseo de Gracia and can also be seen featuring on billboards and buses around the city. 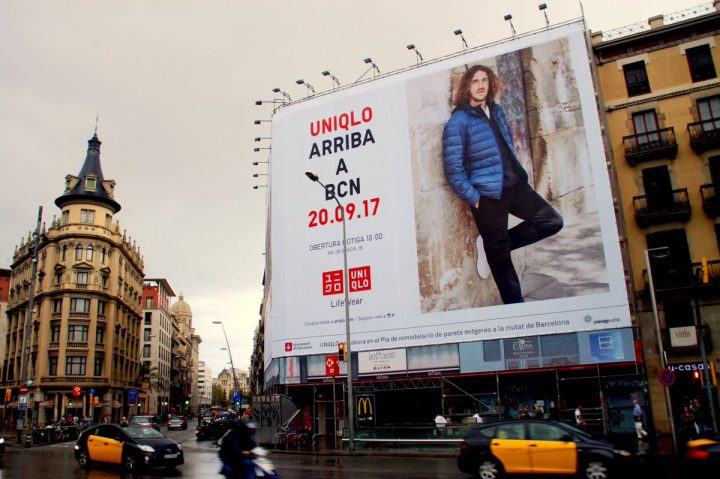