Despite a difficult season, with a team in reconstruction, former Chelsea and Wolfsburg star De Bruyne‘s creative abilities have helped Pep Guardiola’s side qualify for the Champions League in his first season in charge. He beat off competition from Tottenham’s Christian Eriksen and Swansea City’s Gylfi Sigurdsson, who finished with 15 and 13 assists respectively.

Time to rest until the Premier League kicks-off next season now. Next August, more and better! 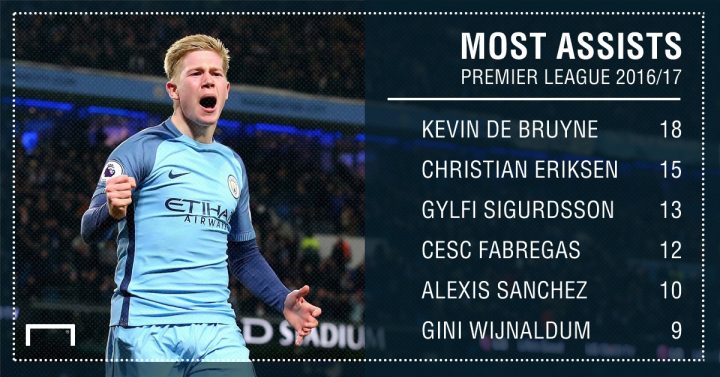