Chelsea’s Spanish defender César Azpilicueta has had a fantastic season with the recently crowned Premier League Champions and that has helped to put him in the spotlight. We have seen how brands like PlayStation, Activision or EA, usually use the interview + photoshoot formula to gain some visibility through football players, and this is yet another perfect example.

On this occasion, César Azpilicueta has been the chosen one to give some visibility to PlayStation Schools. The Spanish player told The Sun that he has a nickname at Chelsea, which he has embraced since the first day. Don’t call him César, call him Dave! As you can see below these lines, the interview was published by The Sun with one of the exclusive pictures provided by PlayStation. 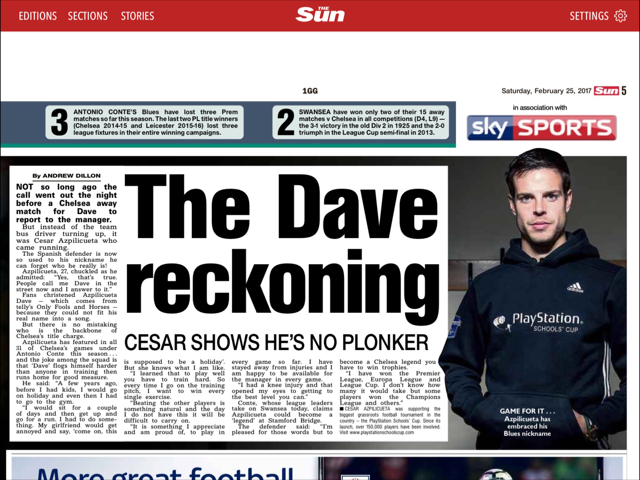 Another player who has recently worked with PlayStation using the same formula is Leicester’s defender Christian Fuchs. On the image below, we can see how he also provided great visibility and helped promote PlayStation’s Schools Cup. 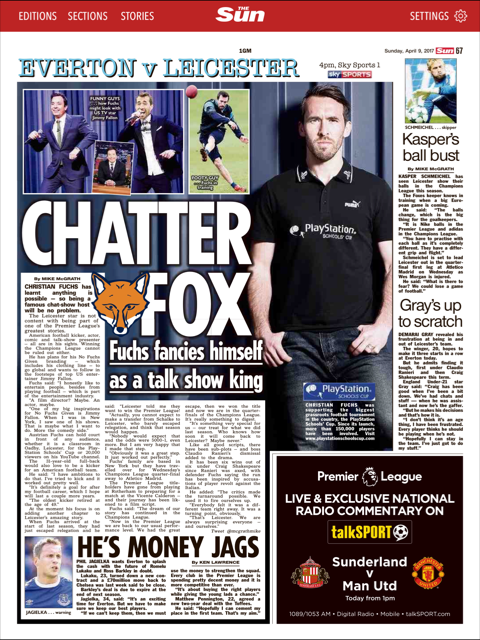