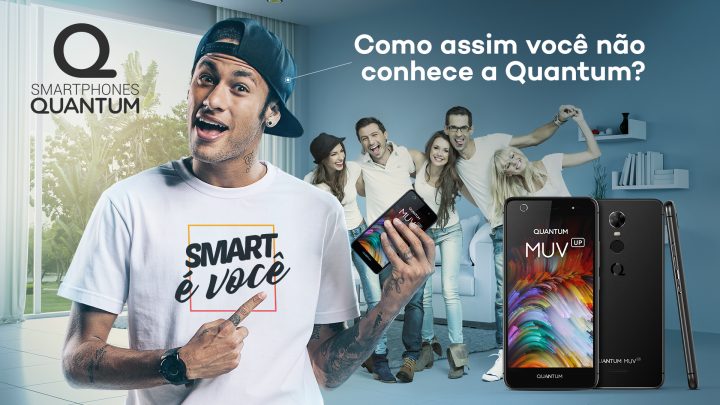 Talented FC Barcelona’s player Neymar Jr. has been named as the new brand ambassador for the Brazilian smartphone manufacturer Quantum. The Brazilian star will be the face of the company’s marketing campaigns, appearing on advertising boards during games alongside the slogan “How come you do not know Quantum?”, as well as being present on Quantum‘s website and adverts.

The smartphone supplier has advertising rights for Fifa World Cup qualifying matches, along with the second and third tiers of Brazilian football league and the Copa do Brasil, the country’s domestic knock-out competition.

Marcelo Reis, Quantum’s director, said: “In our studies, it became clear that we would talk to a large part of our audience through sports, but we thought advertising on field boards alone would not be enough. When the possibility of the partnership with Neymar appeared, we had no doubt that it would be a goal.”